Can you tell us a bit about oran, kreon’s new decorative fixture?

The new oran is a first for kreon. The lighting manufacturer is known for its sleek designs and geometrical projects. This time, though, the designers chose to switch gears. Without losing sight of their basic principles of ‘Unity in design, simplicity in techniques, and precision in detail’, kreon launches its first ornamental line.

The ornamental kreon oran line consists of pendant and ceiling luminaires. The luminaires are available in black and white, or in pure materials such as bronze. The mouth-blown bulbs come in two shapes, round or cone-shaped, or in alabaster. The pendant is optionally covered by a lampshade.

Where did the inspiration for oran come from?

kreon oran’s design is based on the architectural principle of the ‘plastic number’. The basic shapes that can be derived from the number’s proportions make up the building blocks of this new line of lighting luminaries. Designing from the plastic number, means working with spatial components. Creating spatial luminaires is in strong contrast with kreon’s earlier designing principles, which were exclusively applied in flat surfaces. In other words, oran is a first for kreon, since it is its first design to claim space, and to actively demand to be a part of it. oran’s spatiality can be seen in its proportions, as well as its dimensions and materialisation.

kreon’s team of designers was not only inspired by human concepts. Nature too was a great source of inspiration for this first ornamental line. With its geometrical patterns, the skeleton of the Venus’ flower basket goes hand in hand with kreon’s designing process. Venus’ flower basket is a sponge, which can be found in the waters surrounding Japan. The animals, which can measure up to 100cm, are structured in a vase-like shape. The way in which the sponge is woven, grants the Venus’ flower basket a sturdiness that enables the animal to survive in the ocean. kreon’s designers analysed the shape of the sponge, to transform it into the unique form of oran’s reflector inside the bulb. 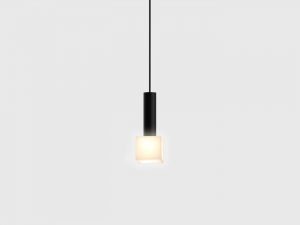 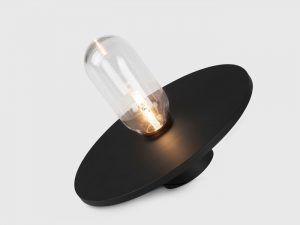 What materials and technologies have been used?

The reflector is printed with 3D techniques. To mimic the natural shape of the Venus’ flower basket, a simple element is enlarged in a tiered manner. oran’s reflector thus seems to have grown in an organic way. While using the newest techniques, kreon does not lose sight of the past: oran’s glass bulb is mouth-blown, reminiscent of the traditional trade. The oran line creates space for artisan techniques and modern technologies in one design, that effortlessly finds a compromise between future and past.