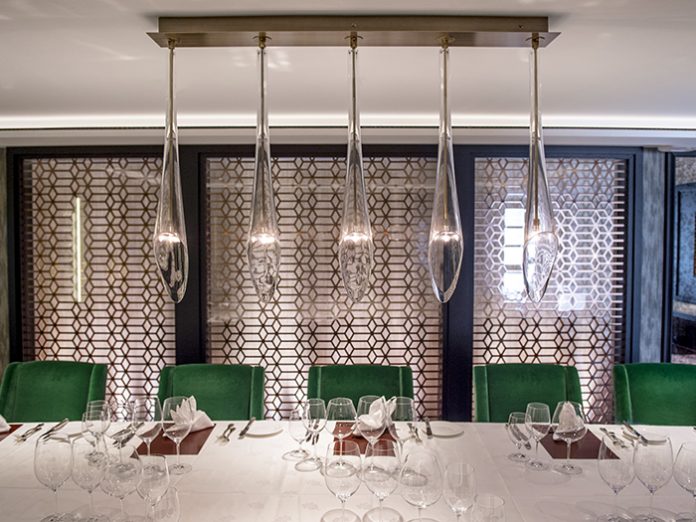 Crystal Cruises is renowned for its superior, all exclusive cruises and is currently undertaking extensive plans for expansion branching into the super yacht, river cruise and air markets.

Mozart is the first release in the river market expansion and so it was crucial that the ship maintained the high standard brand known and loved by many Crystal customers. At 395ft long and 75ft wide, the all-suite Crystal Mozart is the largest river vessel in Europe.

Following its previous work refurbishing the ocean yacht Crystal Espirit, AD Associates was enlisted to work on Mozart’s public rooms and external spaces. dpa lighting consultants was commissioned to work alongside AD Associates as lighting consultants in a collaborative partnership – having worked closely with the operator on a number of projects over the last fifteen years, Mozart was a natural progression for the practice.

A fast paced project, with initial briefings taking place in late 2015 and guest’s embarking by mid July, from her time of purchase to entering service, the Crystal Mozart was delivered in an impressive eight months. “The pace of the project meant there were four main contractors appointed, which is completely normal for a dry dock and something we are used to working with,” Stephanie Harris of dpa lighting consultants tells darc. “This necessitated the need for close coordination with each contractor to ensure the desired sophistication and continuity through spaces was achieved.”

Entering the river cruise market for the first time, there were many operational challenges faced by the operator and subsequently the design team. For Chris Finch of AD Associates: “Working with an existing structure and preserving the character of Crystal Mozart, whilst creatively reimagining her interiors was a test of skill. Different regulations and the characteristics associated with river cruising meant that we had to distil the Crystal ‘experience’ down into a much smaller package. This was successfully achieved, whilst retaining a six-star elegance, synonymous with the brand’s reputation.”

For dpa, the main challenge on this project was the lighting programme, but the strong working relationship and trust shared with Crystal cruises, along with AD Associates meant that the programme, design coordination and end result was achievable.

While architectural lighting provides theatre and drama to the ship, the decorative lighting adds personality and character. The lighting on-board helps to tie the various areas together and dpa worked closely with the interior designers and manufacturers on the technical side to ensure the lampings, fixings and dimming were appropriate for the ship environment. This resulted in a unified design with changeable moods.

“The Crystal Mozart has a great sense of warmth stemming from a subtle layering of textures and design, highlighted by a sympathetic lighting scheme that makes use of bespoke fixtures from Chelsom,” says Harris.

Warm dim technology was used within the recessed downlights in the guest areas, enabling dpa to capture the warmth, optical performance and quality of light associated with a high-end quality project.

“The decorative lighting gives personality to the individual spaces and varying scene settings allow for a layering of light and texture, thus adding depth to the designs overall,” says Finch. “AD Associates places great importance on the decorative lighting with any project – it is a key articulating and rendering element to the final design.”

In terms of structural constraints, weight is a serious consideration when designing a river vessel and as such, suitable fixings were very much a consideration when working on the main decorative lighting feature in the palm court.

The organic decorative ceiling fittings to the Palm Court are an eye catching design feature; originally a free form organic structure with integral lighting, concealed supports had to be fitted behind the ceilings to carry the weight of the fittings. As well as this, a major structural constraint was the low ceiling height (2150mm) and minimal ceiling void, which is something interior designers rarely work with. “This meant offsets and positions for the architectural lighting had to be carefully considered,” explains Harris.

To distract from the low ceilings, new skylights were introduced into the existing structural elements of the vessel. Bringing daylight into the spaces they naturally convert to unique light boxes in the evening and have helped to bring an air of space and natural light to Crystal Mozart.

In the short time the Crystal Mozart has been operational the ship has received great reviews, fast becoming labelled as a ‘game changer’ for the river cruise market. Above all the Crystal Mozart was a team effort Finch describes as ‘refreshing’. “Everyone involved had a common aim and pride, thus creating a truly special vessel which is very much a ship for all seasons,” he says.

For AD Associates, working with lighting designers dpa benefitted the design overall and allowed them to gain the best from the interior schemes created.

“Successful lighting is crucial to any interior and can help bring design details and room features to life, whilst overcoming common problems such as glare,” says Finch. “We always seek to maximise return on investment for clients and the design studio in general. Carefully considered lighting and utilising the expertise of lighting designers is regarded as a solid investment.”

Reflecting on the project, Harris adds to this, telling darc: “As a team we have achieved the most luxurious river cruise ship within an extremely challenging programme. The overall ambience of the spaces working together, along with the variation and differing characters of areas and the considered flow of light levels combined, has created a truly sophisticated environment.”