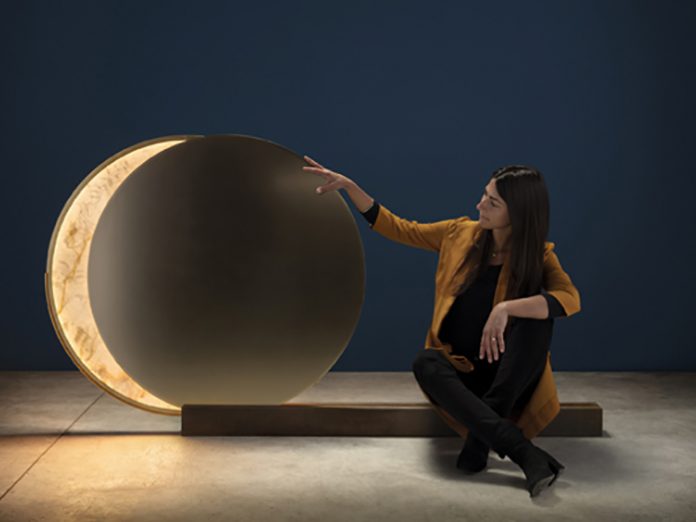 The antithesis between light and dark, between the Sun and Moon, is everlasting, like part of the same flow of existence. Many allegorical meanings have been given to the necessary relationship between two elements that each exist as a consequence of the other. The new lamp Alchimie T, designed by Giulia Archimede for Catellani & Smith, investigates this dimension, whose components are diametrically opposed but always, and forever, connected.

Alchimie T is an exquisite sculpture composed of two discs in brass and alabaster – the latter used for the first time in a Catellani & Smith creation – that, with a light touch of the hand, slide in parallel to one another on a track-base made of medea limestone. The interaction between light and shade reaches its peak the moment when the two discs overlap and almost mimic an eclipse. The movement, by changing both form and light intensity of the lamp to create a new ambience in the room, provides a unique user experience. Alchimie T forges a partnership between object and user, who is made to feel at ease and finds a connection with the space around them.