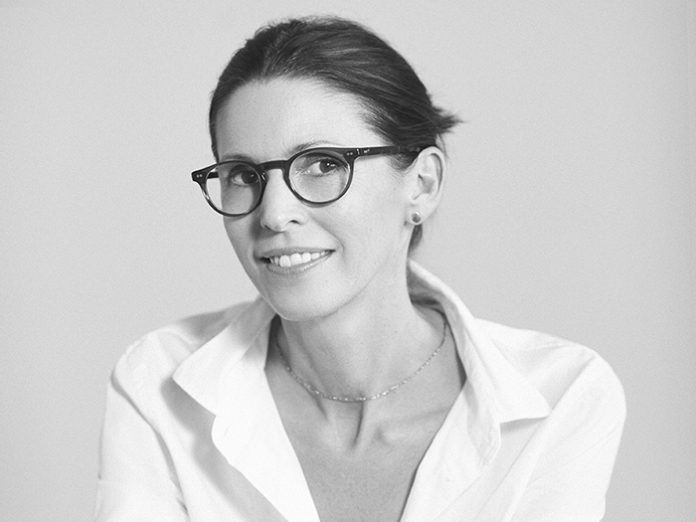 In celebration of International Women’s Day, Helen Ankers spoke exclusively to one of the leading ladies of light, Lindsey Adelman about her influences and career to date.

Since the start of her career in 1996, New York native, Lindsey Adelman, has been considered one of the leading ladies of light. After founding her own studio in 2006, she has expanded to over 40 employees and to this day continues to be both challenged and fascinated by the elusive quality of light. In celebration of International Women’s Day on March 8, darc spoke exclusively to Adelman about her career to date, her influences and current trends in lighting.

Growing up in the suburbs of New York, Adelman’s exposure to art and design was limited to her Marimekko bed sheets and knowing who artist Morris Lewis was and so, the idea of working in industrial design didn’t come until much later.

“I wasn’t really aware of designers growing up,” says Adelman. “It was the 70’s and there weren’t that many compared to today – now in New York it seems everyone is a designer. When I was younger, I knew what an artist was and so I thought that’s what I would be when I grew up.”

Influenced in many ways by her friends and family, Adelman tells darc how her best friend’s unconventional home life had a strong influence on her: “Her dad was an art dealer and there were a lot of Morris Lewis paintings in their home and I think that unconventional home life and career influenced me in a way that I’m not fully conscious of… I think that by osmosis, it affected me. They had about six dogs, snakes and guinea pigs and my home life was very different – everything was very neat and tidy and we were expected to be well behaved and quiet.

“From a design perspective, my mom was an interior decorator, so I understood the industry a little bit. She would go to the D&D building (Decoration and Design building) in Manhattan and come home with fabric samples. I had an idea of what that meant, so I think that exposure was also really informative.

“I didn’t really know much about industrial design until after my English Literature degree. I thought it sounded like such an interesting career because it was similar to sculpture but more employable and I thought it would be a much more predictable way to make a living. I liked that I could interact with an audience compared with being an artist, which felt much more risky and lonely.”

After realising her passion for industrial design, Adelman applied to the Rhode Island School of Design in her 20’s, where she studied industrial design and found herself influenced by designers such as Ingo Maurer and his idea of using light and matter. After graduating Adelman moved to Seattle with her now husband where she started her career in lighting before moving back to New York to begin working with notable designer David Weeks.

“We founded a company together called ‘Butter’, which did really simple origami inspired light fixtures,” she continues. “They were really affordable so it was great for us in terms of exposure. We got to a place where we were going to have to start manufacturing overseas to make a living and we didn’t want to do that so we closed the company.”

It was at this point in her career that Adelman made the decision to take a step back from the industry and start a family. “I had my son in 2004 and didn’t work for a couple of years,” she says. “I was really doubting if I wanted to stay in design at that time because I wasn’t really enamoured with the industry and I was motivated by competition, which felt really unhealthy. I wanted my work to come from a much purer place.

“When I re-entered the industry with my own studio, I kept my intentions in check, honoured my ideas, was doing my best work and didn’t rush. I wasn’t putting a lot of work out there just because I could… It was really about whether I could quality check everything and I ask myself, ‘Can I really be good to my clients?’, I didn’t want to get ahead of myself and go too fast.”

By taking time out and disconnecting from the industry, Adelman was able to develop a new perspective on lighting and design. “It’s so good to constantly step back and ask questions,” she says. “Why does it have to be this way? How else could it be? How do I want to live my life? How do I want my design experience to be? What am I curious about? It’s always really good to question that stuff and even if you don’t know how you can change it, just know that you want to change it.”

For Adelman, lighting has always been her chosen form of design, enabling her to combine her interest of quantum physics and mechanics with her passion for creating innovative pieces by experimenting with different materials and form.

“When I was starting out, I saw so much possibility to invent something that I hadn’t seen before in lighting and that was the draw. I’m able to dream bigger now… I’m still challenged by the elusive quality of lighting – grains of light, particles vibrating faster than the thing that’s holding it. When you’re working with something like glass as a light fixture, it’s about how that reflects and refracts the light. You’re looking at this immaterial substance, how to place it and the idea that one fixture places points of light and kind of reinvents the formula to get it there. I find it endlessly creative.

“Light affects the quality of life in the room and I’m deeply and emotionally affected by light without a doubt. I find that I am emotionally depressed in a room that feels like a hospital or an office, it doesn’t matter what the room is. My favourite light comes from candles – they are definitely the most magical.”

Having worked in lighting design for more than two decades, Adelman has observed many reoccurring trends, telling darc: “A lot of lighting looks as though it’s influenced by a handful of designers. I love the work of Michael Anastassiades; the standards he sets for himself are so high and his original collections are so masterful, that we see so many people trying to emulate that work. And they can’t get it… they’ll never get it. They’re not topping what he’s doing – they’re not going to top what he does. As well as this, an emerging designer that I get to work with every day and love, is Mary Wallis. I love the tragic beauty and a feeling of self-destructive diva drama in her work.”

Adelman also insists that lighting design isn’t always as straight forward as it seems and that designers should spend more time discovering their own voice. “I think when people look at a light they think ‘that doesn’t look hard, I could become a lighting designer’ and they try and they do, but I think all of these designers have the potential of really discovering their own voice, thinking about their original authenticity and what they want to bring to this world of lighting.

“Even after 20 years, my work is still really challenging me and I still have ideas that I can’t nail yet. I still haven’t got exactly what I want yet and this is probably true for all designers.”

When asked about her experience as a woman working within the world of design, Adelman reveals her experience has been nothing but positive and in some cases has even worked to her advantage, saying: “It’s a terrible thing to say but I think if anything it’s helped me… there’s been times where I know a curator might have a handful of male designers and I’ve been picked because they need a female designer as well!

“The statistics that you see about fewer women heading up design companies comes down to this… and it may be controversial to say, it may not… but I believe it’s true that women are still the ones who are primarily raising children and there are a lot of women out there who want to raise children. I look at my fourteen-year-old and I see my role as raising a leader of the future – that’s my priority.

“In my career I’m not looking for accolades or external accomplishments, I’m not under the illusion that around the next corner there’s going to be something to improve my quality of life because that happens when I’m experimenting and being hands on with materials… collaborating with different artisans and having a breakthrough moment in the process.

“You can’t ‘job out’ motherhood. There are lots of things you pass on because you want to be at home in the evenings, you don’t want to travel as much… It’s hard work being a mom and a wife but I want to spend my time doing it and it’s deeply satisfying and I know that I would regret it if it were different. I think that’s one of the reasons there aren’t as many women heading up companies, but they’re affecting leadership on a much deeper level by being mothers.”

In terms of a ‘design eye’ and how men and women differ in the workplace, for Adelman she sees that men and women do have different design approaches and the way in which they experience light.

“I read some really interesting articles about how women experience light differently to men,” she says. “It said women are more sensitive to the spectrum of light and I’ve experienced that personally… My comments about light quality are completely different to a man talking about the same light in the same room. I find women are also motivated by different factors, there’s a tonne of community and collaboration among women. The process is more subtle and more of a spiral rather than a line.”

In terms of notable projects, while for the outside world looking in, there have been many, for Adelman it’s about what’s next, rather than what’s been before: “I’m working out of my home studio looking up at this mobile light… It’s a prototype piece and I would say this is the one this is the stand out moment, because I haven’t made the next one yet… I’m always thinking about the next piece and about work in progress. I don’t have a relationship with work that’s finished.”

Continuing to look ahead, one of Adelman’s next launches will be at Salone del Mobile in Milan in April. Sharing a space with Calico Wallpaper, the designer will launch the lighting system Drop, which can be specified by interior designers and architects for different feelings or rooms. “It can be very minimal for one configuration or it can feel super over the top and elaborate but using the same system,” she says. “It took a while to figure out so I’m super excited to launch it.”

Constantly engrossed with her next project and always forward-thinking, Adelman will continue to inspire the men and women of design, constantly pushing boundaries through experimentation and innovative use of light.