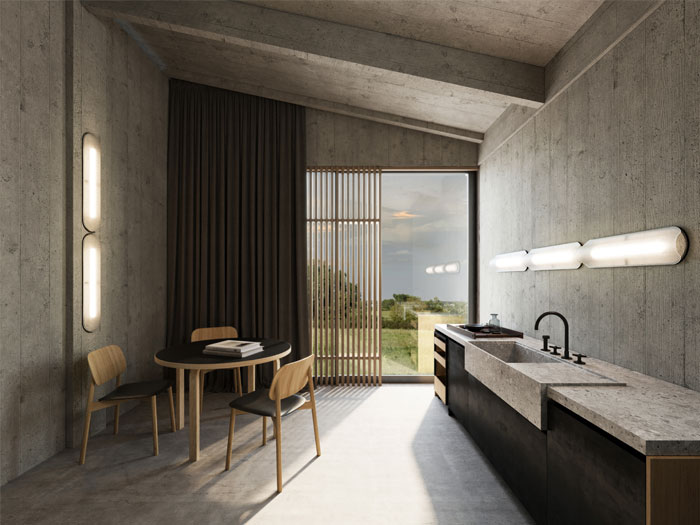 (Canada) – ANDlight adds to its already existing Vale Series that consists of single and multiple pendants with new wall and ceiling options.

The Vale Ceiling/Wall aspires to strike a balance between classic utilitarianism and ornate luminaire.

Thermo-formed, its translucent body vacillates from its linear baseline creating volume; while its textured surface further draws light across its contoured face. Intrinsically inspired by the basic laws of geometrical optics, the light projected through Vale’s prismatic lens appears forever set in motion.

The open-ended profile explicitly reveals the technical aspects of the fixture: the lightweight aluminium frame houses the electrical assembly, mounting system, while providing structure for the lens. As a surface mounted luminaire, the space efficiency of the Vale Ceiling/Wall meets the technical specifications of tighter spaces: lower ceiling, corners and corridors, or the need for wall mounted light. It may be surface mounted horizontally and vertically; singularly and plurally; its compound curves oscillating with further confidence as they are repeated.

The material caught my attention; I immediately saw the value and potential in elevating it through technique, cross-processes and form,” says Designer Caine Heintzman.