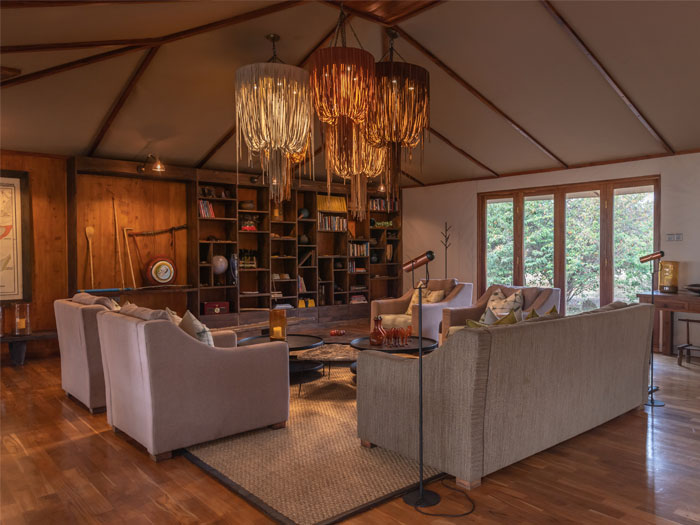 Asilia Africa offer authentic East African safari experiences that leave positive impacts on Africa’s crucial wilderness areas. This summer it opened its redesigned Sayari Camp in Tanzania. The complete rebuild property was timely finished to coincide with the natural phenomenon of the wildebeest crossing of the Mara River. The reopening of Sayari compliments the Highlands in Ngorongoro and the newly redesigned Namiri Plains in the Eastern Serengeti, creating a portfolio of stylish properties by Asilia with a light footprint in the outstanding African destinations.

During the challenging period the world is enduring due to the Covid-19 pandemic, Asilia has managed to keep a circuit of camps open as a testament to its commitment to its employees, local community partners and conservation efforts. This idea of being a conscientious holiday destination is extremely important to Asilia, which is known for pioneering safaris to remote locations where they can have the maximum positive impact. Furthermore, in order to ensure long-term conservation of northern Serengeti, Sayari was the first camp to put down permanent roots in 2009. Typically, an area plagued with bush meat poaching as a result of a lack of other means of livelihood for surrounding communities, the Sayari camp in turn provided employment opportunities for many. The camp is entirely Tanzanian run and of the 55 staff, 80% are from local communities, of which many were former poachers.

“Sayari and Asilia pioneered the tourism driven conservation of this magical region back in the mid-2000s. Through our heavy investment, we are committed and determined to do so again. The recovery of this region is critical for the country, the region and all those who benefit from that,” says Gordie Owles, Commercial Director.

Designer Caline Williams-Wynn, of Cape Town-based Artichoke, was responsible for completing the updated interior schemes for this project. She is the creative master behind other Asilia destinations including the award-winning Highlands in Ngorongoro, Jabali Risge in Ruaha National Park and the recently refurbished Namiri Plains in eastern Serengeti.

“I have been working with Asilia for the last five years, working on interior design and architecture for some of its most exciting properties,” says Williams-Wynn. 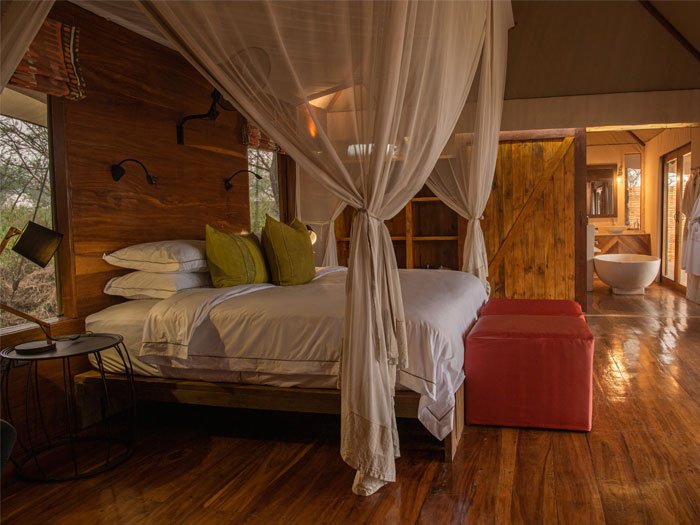 “The initial brief for the reimagining of Sayari Camp was to create different areas that the guests could experience. Increasing the size of the dining room, creating a bar area and to introduce a library and sitting room.”

The project, taking only nine months to complete, consists 15 spacious tents that all boast views of the surrounding rolling plains. Sayari is not a fenced camp, allowing wildlife to move freely throughout. Inside, the colour palettes are inspired by the patterns in the rocks that stud the grass landscape, with a rich copper being a key accent colour.

“Decorative lighting creates the atmosphere and is part of the design element,” explains Williams-Wynn. “Lighting is an art form in my design work and creates a talking piece. Subtle lighting is used over the library shelves, highlighting the stone walls. The decision behind the decorative lighting choices was to bring in all of the colours used in the design and to introducing texture, leather, wire, string and glass. Copper was the metal used in the accent detail and this is visible in the bar lighting and torch lights,” she adds.

Known for sourcing only on the continent and using as much locally produced furniture as possible, Williams-Wynne selected large Leather Urchin pendants for the living room from South African lighting studio Highthorn and Sienna copper wall lights and torch lights from Rebel Lighting. In the bar area, dark brown wicker Lambat hanging lights from Weylandts were used along with warm brown string pendants, also from Highthorn, in the dining room. 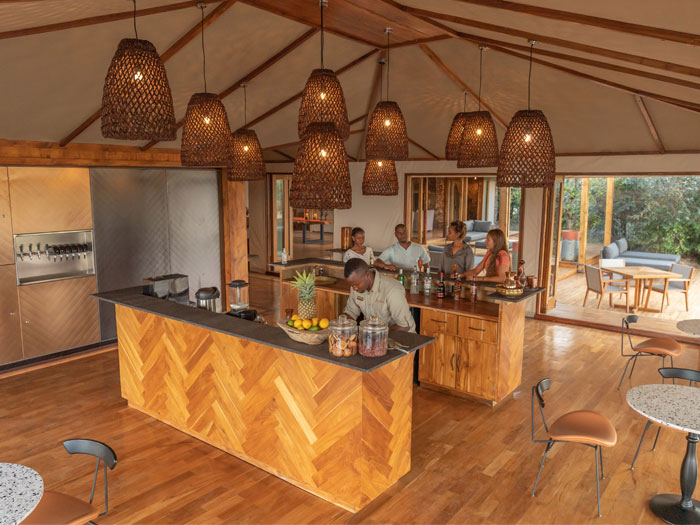 “We had a large volume to use above the ring beams, so oversized feature pendants created a spectacular installation of decorative lighting,” says Williams-Wynn.

“As with all Asilia projects, the design is rooted in the area in which the camp is situated. In the case of Sayari, I took inspiration from the colourful culture of the Kuria people who call the northern Serengeti their home.” 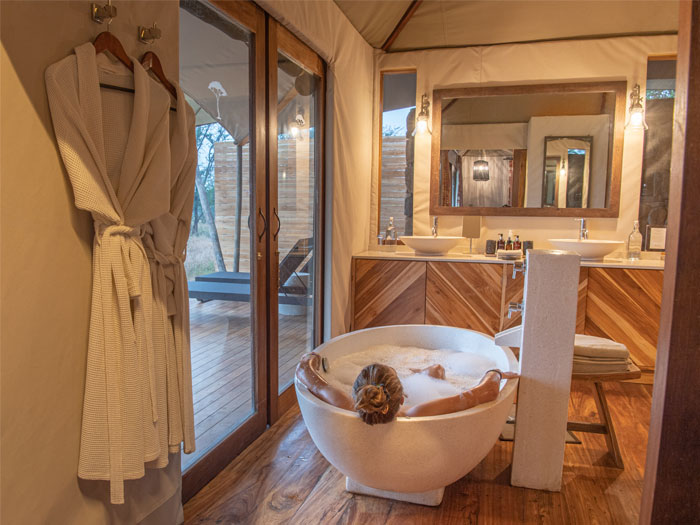 Asilia has been carbon neutral since 2009 and strives to develop practical ways to further reduce its footprint. The new Sayari continues that tradition by introducing the first solar powered microbrewery in the bush in partnership with Scandinavian start-up, Wayout. The brewery uses solar power to create beer and soft drinks on site, as well as purifying water, which removes the need for plastic bottles and cans in the camp. This not only reduces waste, but reduces the transport footprint.

In anticipation of a desire to travel more consciously post-Covid-19, Asilia has been putting time and energy into slowing down the safari experience, encouraging guests to spend longer in each camp and fly less. This is a response to both the desire to slow down but also lower the traveller’s carbon footprint.

Jeroen Hardwerwijk, Co-Founder and Managing Director comments: “Fifteen years ago, when we were choosing a site for Sayari, there were no roads in the area and no airstrip. We slept in our car at the ranger post. Poaching was rife; you can still see the bullet holes in the walls of the ranger post today. Over the past couple of years, when I landed at Kogatende airstrip and saw the fleets of safari cars I was proud to know that we played a pivotal role in creating a conservation economy there. The presence of tourism helped drastically reduce the bush meat poaching, but it was only successful because we worked hand-in-hand with the local communities, creating benefits for them from the new tourism industry. We will continue working hand-in-hand with local communities during this difficult time to support them and I am delighted we are already welcoming our first guests back on safari in Tanzania and Kenya.”