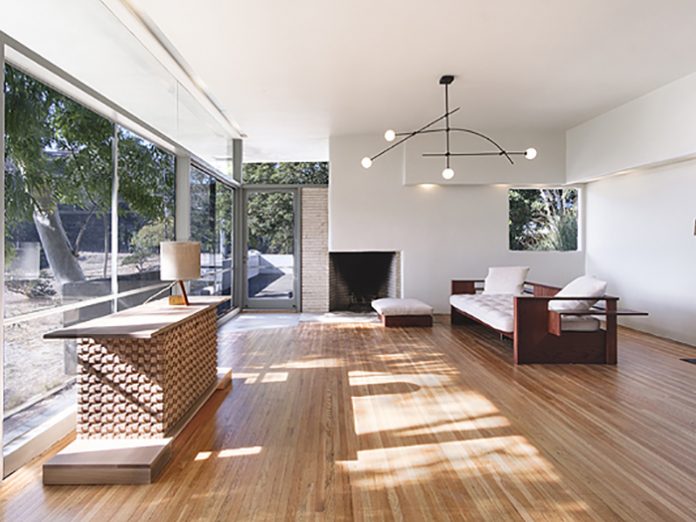 (US) – From 2018 onwards the MAK Center for Art and Architecture’s Fitzpatrick-Leland House in Laurel Canyon will play host to a series of ongoing design-centric exhibitions and programming. The exhibition kicks off with Pin-up: A Designed Tribute to Schindler’s L.A. This show brings together four Los Angeles-based designers and one artist around the Austrian-born California modernist architect R.M. Schindler: Atelier de Troupe, led by Gabriel Abraham; Brendan Ravenhill; Pamela Shamshiri with John Williams; and long-time Schindler advocates Marmol Radziner.

The Fitzpatrick-Leland House (1936) was originally commissioned by developer Clifton Fitzpatrick as a spec house (a real estate promotion to attract buyers to the new housing tracts in Laurel Canyon). Schindler’s now classically modernist design established the area as a common ground for L.A.’s cultural and political avant-garde, and the house continues to inspire today’s thriving creative community.

Atelier de Troupe first paid tribute to Schindler during Milan Design Week in April 2017. Staying true to his passion for ambiance, artistic director Gabriel Abraham, a former film set designer, drew on the iconic modernist to create a collection of light fixtures and furniture inspired by the 1920s and reimagined for Los Angeles today. Atelier de Troupe then partnered with the other featured Pin-upparticipants at the Triode Gallery in Paris this past September for an installation that was deemed one of Paris Design Week’s ’10 Must See.’ That exhibition inspired the studio to install a show of these Schindler-inspired designers in the Fitzpatrick-Leland House.