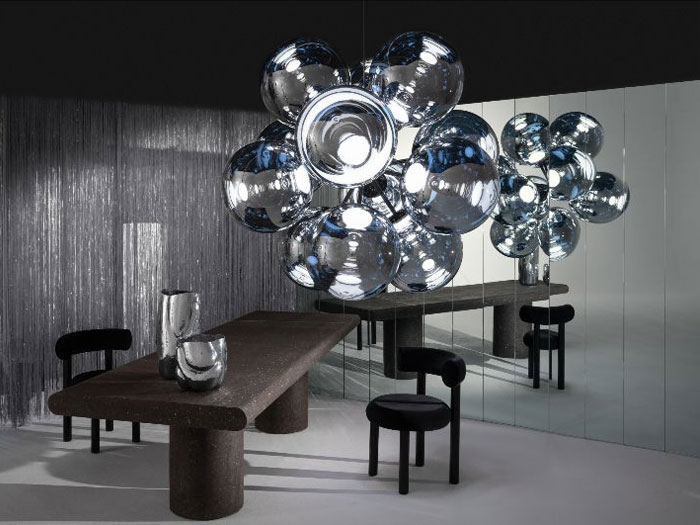 Tom Dixon’s largest chandelier to date, Burst is made up of 12 perfectly spherical globe shades, which explode from a single point construction to create a spectacular chandelier.

Burst is mirrored and perfectly reflective during the day, and when switched on reveals a multiplicity of internal reflections from the integral LED.

Inspired by Tom Dixon’s interest in molecular structures and the forward-thinking space-age, Burst has a geometric configuration and chrome aesthetic. With its heroic proportions, Burst is intended for filling larger spaces and ceiling voids.

On 13 April, the studio launched Burst in Milan, on a part-virtual, part-real-life 24-hour adventure. This was its way of celebrating what would have been the first day of the 60th Salone del Mobile.

“This minimal chandelier felt like the right fit for this extraordinary, beautiful church,” says Dixon.

Burst is available in copper and chrome finishes.