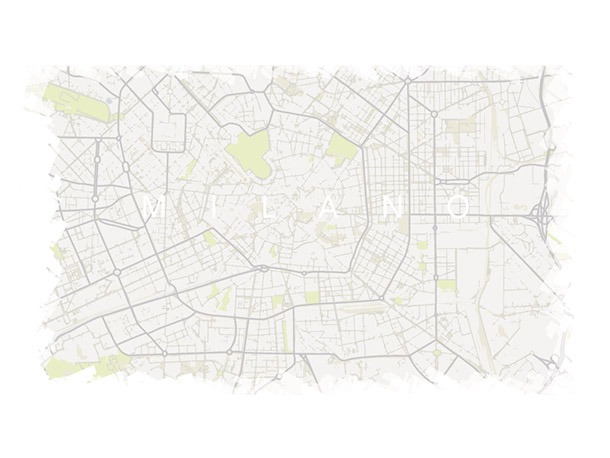 As an Architectural Interior Designer, new lighting trends are always a welcomed discovery as they not only inform a part of our overall vision, but also often inspire the creation of our own pieces. Last year we were grouping chandeliers in clusters, as a result of inspiration from trade shows; different heights, and different styles, with unusual and dramatic effects.

Salone del Mobile in Milan, as always, was exceptional on the design and lighting front, with fantastic displays from exhibitors, many not allowing photographs for obvious reasons. All the major contenders were using scale; lights that were grand statement pieces, which was refreshing after years of seeing ceilings covered in ‘down lights’.

Chandeliers were huge and ostentatious, yet looked glamorous, with many having a more contemporary feel. Wall lights were also scaled up. The Visionnaire stand was superb with larger than life wall lights and matching chandeliers. However, the star of the show for me was Guadarte, whose stand was lit to perfection, displaying just the right amount of drama, with brilliant use of layers of light. All their light ﬁttings, be it ceiling, wall or table lamps, were large and dramatic with great effect, and the perfect amount of accent lights.

RGB played a big part this year, carefully hidden in furniture, creating different moods using remote switching. Kitchens should not be left out either as there were clever uses of LED in cupboards and hidden back lighting, used at opposite ends of the scale, from Brummel’s innate glamour, to Minacciolo’s industrial style. However, this year, Minacciolo’s stand did tend to leave everyone speechless, displaying a dramatically lit display that was centre stage, which stood in a pool of water, with lilies, water lettuce and ivy while ‘rain’ fell from the ceiling and bounced off the units creating an unusual sense of being outside.

Bathrooms used lighting with a subtle effect with Gessi leading the way. The ‘well being’ areas on their stand created an oasis of calm amid the Salone hustle and bustle. Colour change was used on most of the bathroom stands to promote the ‘wellness’ experience, transforming private space in the home into a ‘spa’ or ‘sanctuary’. Once again RGB was used for rain showers and the shower heads appeared to be getting larger. Tiles also got the RGB upgrade with Aparici’s extremely clever and highly effective Sonar Up range.

The use of lighting to blur outside and inside space was also visible this year, something we have been working on and creating for our clients over the last ten years. The advent of sliding walls and bifold doors had led to an increase in these spaces becoming part of the living/entertaining areas.

Still going strong was the industrial look as a contrast to the high end glamour. Filament light bulbs were still in demand, however the new addition this year seemed to be IP69 rated ﬂoor and table lamps for outdoor use, crossing the boundaries from inside to out, and allowing ﬂexible lighting in the outdoor area, something that has not been possible before, apart from moving the odd uplight a few inches.

As well as looking to the shows like Salone del Mobile, we also like to know what is available for architectural use and layering, Lucy Martin at John Cullen is an inspiration, and her knowledge invaluable.

And it goes without saying lighting control was in evidence be it Rako, Lutron or Crestron. One light will make a statement, but it is the layering and control that makes an interior or exterior complete.

Jacqueline Cornforth is the owner of JC Interiors. www.jcinteriorsltd.co.uk

The Society of British and International Design (SBID) is Britain’s standard-bearer organisation to the profession of interior design and the national organisation representative at the European Council.