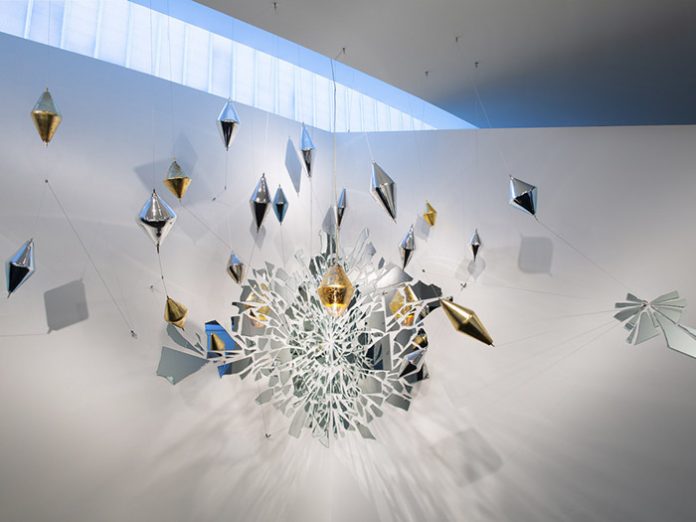 The winners, announced March 7, 2019, include designers and manufacturers from around the world such as Flos, Studio Roosegaarde, and Lasvit. The global jury consisted of recognised professionals from the lighting design industry, the press, and academia. Conway is the first solo Seattle-based designer to be recognised in the awards. LIT Awards has just printed and distributed the 2018 photo catalogues including Conway’s awarded “FracTure(ed)” illuminated glass installation.

Conway was awarded the following:

“FracTur(ed) is a statement on finding ourselves in our modern society,” said Conway, “It is challenging to find our reflection in the mirror, pulled in many directions, focused on many angles, and feeling like we are on a tight wire. Finding peace and tranquility in our ever demanding world is a challenge. I say follow the light.”