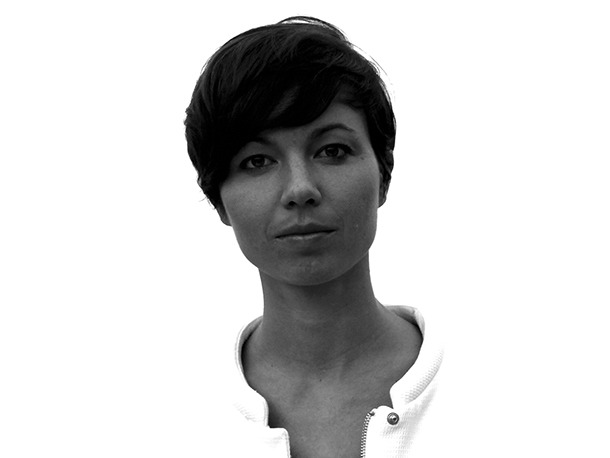 After growing up in Ghent, Belgium and a lifetime full of travel, Mai Waelkens returned home, which she considers “a small treasure to live in”. It’s in this same town that she once studied interior design at the Sint-Lucas Institute where she received a degree in Interior Design in 2007. Following graduation, Waelkens was given the opportunity to do an internship in Capetown, South Africa where she was able to conceptualise interior designs, furniture and lamps for clients with lofts, houses, hotels and apartments. Upon returning to Belgium, she felt ready to become an independent entrepreneur.

“After founding my own design company, for the next seven years I designed interiors,” Waelkens tells darc. “I wanted to be involved in every step of the process, personally coordinating each construction site myself in close collaboration with a team of experienced contractors. Working on construction floors taught me the link between my idea and the realisation of it.”

Interior architecture was just the beginning for Waelkens. “For me, there has always been something else as appealing as cool architecture; I have a craving to design products, foremost lighting products. It’s something I’m drawn into. One day I took a deep breath and I jumped.”
What Waelkens calls an “unmasterable desire” to create resulted in her first series of carefully crafted design products, known as the Carve Your World collection: consisting of lamps, lounge chairs, flower pots and sculptures. For months and months – for some products it took years – she travelled and researched, contacting craftsmen and factories in an attempt to find the right people.

During her travels, Waelkens found herself in Milan and launched into the life of a fashion designer. However the Marangoni Fashion & Design Institute wasn’t suited to her ambition.
After extensive research and cultural exploration, Waelkens returned to Ghent ready to create. Citing her inspirations she makes her fondness for Ingo Maurer, Ross Lovegrove and Ron Arad apparent but explains that she is “more of an observer – I’m fascinated by people and how their environments influence them”.

She continues: “The conditioned way in which humans think is often something I chew on. We all should be rebels instead of robots. Contemplating on all of that fills my heart and soul and my brain with more than enough inspiration to just try to do what I do… create things of beauty.”

With this mantra in mind, the slogan of her very first collection encapsulates her ‘true self’, with inspiration coming from nature. “There’s no better field of art than that.” Waelkens continues, “Not just the colours or the laws of nature, but the simplicity of it. The way nature functions, seemingly effortless. When it’s silent in my head I can make the crystallisation of all of that.”
The Belgium-based designer also notes that for her light is emotion. “The way light breaks, drops or just floats in a room can keep me busy for hours. Light is the kind of phenomenon that reaches an almost palpable level, changing mood, mind and inner feelings. Whether it’s just an accent, emphasis or soft and muted, the ricochets of light never fail to touch, inspire and move me.”

Ahead of releasing her first collection, Waelkens had worked for six months to create two different models of lamps – Skybeamer and Grid. On top of this she presented a loungechair and her version of a design flower pot. “Seeing hundreds of people walking by, touching the stuff I’d come up with, hearing their comments made it clear for me that I wanted to design,” she tells darc.

As it is widely acknowledged, in only 20 years time, a revolution has taken place; LED and the miniaturisation of electronic components. In light of this, Waelkens believes that…“in the future, there will be (even) more interaction between object and space because of all the new tricks designers can use. On top of that, new materials are in sync with organic shapes that used to be only conceptual. Chemical melting points can be pushed so that coagulation can be manipulated, resulting in the creation of wild shapes that you could previously only dream of. Tomorrow, the sky will be limitless. I hope that these new technologies will make design simpler and bring the essence of things to the foreground.”

Waelkens continues to be driven in her conquest of design, requiring a particular way of thinking. “Every lamp I make has a twist of movement, a playfulness or joy. I reach that place only through turbulent processing. I experiment, stumble and fall. In that subtle balance between harmony and curiosity, organic designs, sculptures, concepts and light are born. I try to make a connection with people through my designs.”

Often, at the birth of Waelkens’ intensive design process is the imagination that “if the sun would cease to shine, the only thing pounding in my eyes would be the memory of light, the essence of life”.