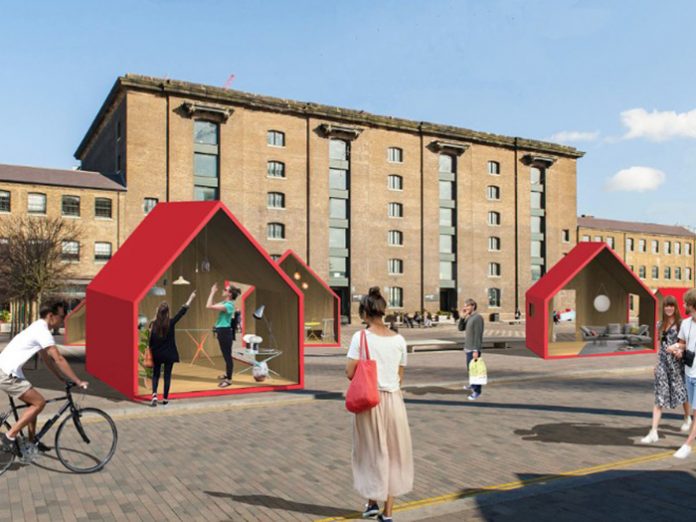 With the support of the King’s Cross development partnership, designjunction will take over the area for its flagship show during London Design Festival, taking place from September 22 – 25 2016.

With its rich history of industrial design, 67-acre King’s Cross site has a unique appeal. The former industry heartland is being transformed with the redevelopment of the area creating a multitude of new homes, streets, public parks, three million sqft of commercial office space as well as cultural attractions.

The theme of 2016 designjunction show will be ‘Immersed in Design’, with the move to the larger King’s Cross site marking the next chapter for designjunction and the creation of the King’s Cross Design District at this year’s London Design Festival.

“This is an incredibly exciting time for designjunction,” said designjunction Managing Director Deborah Spencer. “King’s Cross stands at the heart of the design and architectural community, with an inspiring cultural scene, thriving business district and strong industrial heritage.

“Our choice of location is pioneering – King’s Cross is on the brink of transformation, attracting renewed commercial interest, new development, occupiers and regeneration. King’s Cross is fast emerging as a creative hub and we are delighted to bring one of the most influential and exciting elements of the London Design Festival to this increasingly dynamic and contemporary London destination.”

The centrally located Granary Square will feature ten custom exhibitions for headline sponsored projects and instations. Cubitt, a two floor pavilion in Lewis Cubitt Square will have a strong trade focus, featuring the best in contemporary lighting in the ‘lightjunction’ as well as furniture from international design brands. Key brands include Haberdashery and Northern Lighting amongst others.

The Canopy will be a temporary pop-up venue for premium retail brands. Located between Central Saint Martins and Waitrose, the large market area will take shape under a heritage protected wrought iron structure and will attract buyers and design-savvy consumers.

The Crossing, running through the Central Saint Martins building, will provide the show’s registration point as well as a platform for specially commissioned installations and flash factories. Both Granary Square and The Crossing will remain accessible to the public throughout September’s festival.

The designjunction chevron symbol will spread throughout the site – acting as a recognisable way-finding tool to maximise visibility and footfall as the event opens to visitors in September. The full programme for designjunction 2016 will be announced soon.