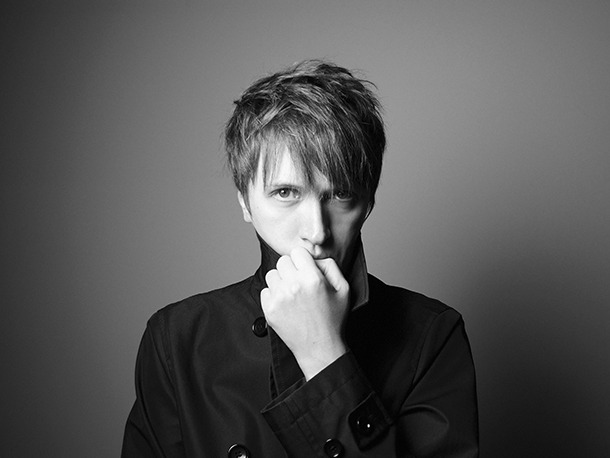 At the age of 37, Dima Loginoff has already accrued a sterling reputation and shows no signs of stopping. Having designed for world famous brands including Artemide, VitrA, Axo Light and Studio Italia Design to name a few, Loginoff has won international awards such as the iF and Red Dot product design awards, the International Design Award, and was awarded the Designer of The Year 2014 by Elle Decoration in Russia.

For an imaginative boy in love with design, growing up in Soviet Union Moscow meant a childhood spent with almost no food, goods nor exposure to interior or product design. It was a dark time during which Loginoff sought a spark. The dissolution of the Soviet Union initiated a frenzy of excitement and an influx of inspiration: “I was like a hungry teenager desperately trying to see, to read, to find any magazines, books, videos, music that came to Russia from the West.” Loginoff described this period as a new reality for Russians, a time during which he absorbed as much as he could and developed a still-prevalent hunger for anything new.

Loginoff began his career as a hair stylist where he developed his ‘3D imagination’, as he calls it, a vital attribute to any creative. He then went on to study interior design in Moscow, followed by further studies at the British Interior School Rhodec in the UK, after which he established his own design practice in 2008.

Loginoff’s cultural heritage and experiences have shaped his designs today, and are most evident in one of his most current, signature works, the Fedora pendant. Presented at Euroluce 2015 for Italian designer Axo Light, Fedora is strongly reminiscent of his cultural heritage. Loginoff commented: “Objects you design have a hidden connection with the past.” In the shape of the traditional Fedora Russian doll, or Matryoshka, Loginoff keeps close to the history of shapes and his own roots, with Fedora being the name of his Great-Grandmother and the Russian doll now seen as an iconic symbol of his culture.

Loginoff commented on his collective approach: “I am a big fan of minimalism. But at the same time, I always have this contrast in my mind of historical influence,” while he plays the delicate game of marrying modernity with tradition in his everlasting hunt for something new.
Loginoff’s commitment and passion for design is evident in his admiration for his design-hero Zaha Hadid. Commenting on her career, he said: “She waited decades for her first project. Imagine the passion! I deeply respect it.” Loginoff prides himself on impassioned devotion, humbly disregarding titles of fame or popularity that he deems irrelevant to the simplicity of everyday life.

With regards to plans for future product designs within the decorative lighting industry, Loginoff hopes that his own work, as well as that of others, will focus on hand-made products that nurture a proliferation of culture and identity. With his favourite lighting material of the moment being glass, as in his Memoria pendant, moving forward Loginoff hopes to experiment further with plastic and fabrics due to their experimental potential and versatility of patterns lending themselves to unique and personal expression.