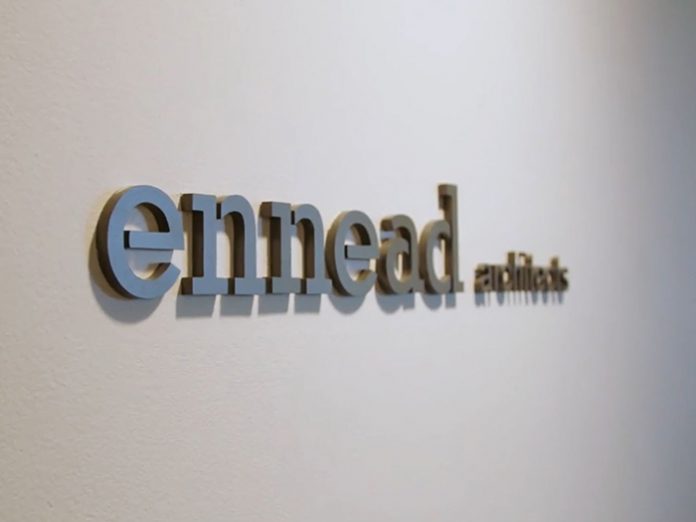 (USA) – Ennead Architects’ New York office moves to 40th floor of 1 World Trade Center after 35 years in the Meatpacking District, an area anchored by one of Ennead’s acclaimed designs, The Standard High Line.

The move downtown will provide more space to accommodate growth within the firm, and the larger floorplate will allow the entire New York office to work together on one floor for the first time. The office at 1 WTC has an open plan with significantly more collaboration space and makerspace, which will better support Ennead’s working culture.

Emphasising uninterrupted views of the urban fabric of New York, the design of the new space prioritises flexibility and access to daylight throughout. Ennead will be pursuing both WELL and LEED certification for the new office, reflective of the firm’s commitment to creating healthy and sustainable spaces.

When selecting a new location, the primacy of downtown as a vibrant centre of the city was of importance to the firm. Ennead is known for shaping some of New York’s most significant civic and cultural institutions, from Carnegie Hall to New York City Center, and from the Brooklyn Museum to the Rose Center for Earth and Space at the American Museum of Natural History.