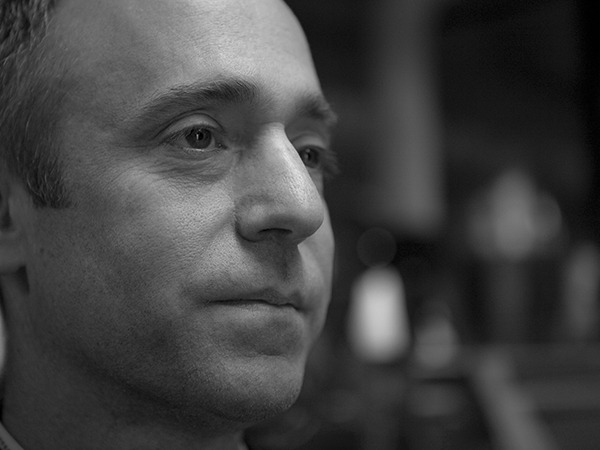 Glen Coben has established a reputation as one of the most prolific hospitality designers in the industry. Glen describes what he does as telling stories and while some storytellers tell their tales through the written word, he tells his through form. With a passion for architecture, design and food, Glen has seamlessly blended his interests into a challenging and rewarding career. Some of his most notable restaurant and hotel work includes Mario Batali’s Del Posto, Carbone, Empellón Al Pastor, and the newest arrival on the boutique hotel scene, Archer New York, which opened during summer 2014 in New York City’s Garment District. Yet the seasoned designer is known for much more than his hotels and restaurants: Glen also designs fitness studios, retail spaces, and high-end residences.

Carbone pays homage to the classic Italian-American eateries of mid-20th Century New York. Created by Mario Carbone, Rich Torrisi and Jeff Zalaznick, Carbone celebrates simple, delicious food that takes culinary cues from modern day techniques. Since arriving in Greenwich Village in Spring 2013, the 72-seat space has been acclaimed as a classic Italian eatery, showcasing traditional red sauce Italian-American cuisine. Coben’s design concept embraces the history of Italian New York, blending traditional elements such as brass chandeliers from Restoration Hardware, that were then antiqued by a decorative painter, and a tiled floor reminiscent of The Godfather, with modern touches like contemporary artwork on old-school Italianate-themed canvases.

After a whirlwind visual and tasting tour through Mexico City with chef Alex Stupak, Glen Coben set out to create an interior that mashes up the concept of street tacos with a dive bar set in the grittiness of Tompkins Square Park. While no specific decorative lighting was used in the space, lighting from the Dulanski Group provides just the right light for the numerous art pieces – from sculptural and graffiti-style art treatments, to artefacts acquired during Coben and Stupak’s sojourn through Mexico City. The ceiling is canvassed in a large-scale mural by Gaia Street Art in collaboration with fellow artists Lunar New Year and Nanook. Cracks in the walls reveal porcelain sculptures by Brooklyn ceramic artist Biata Roytburd while curated artwork from Sylvia Ji and Dennis McNett dress the space. Additional features include a long bar at the front entrance wrapped in repurposed wood from New York City scaffolds. In the back, an open kitchen framed in blackened steel and yellow Mexican tile, offers a direct sight line to the restaurant’s main attraction, the taco al pastor.

Since arriving on the scene in May 2014, the 22-storey property has been heralded as a new American classic in the heart of the Garment District; a hotel combining the history of the area with elements of luxury and the personality of Archer, the persona behind the brand. Industrial elements were juxtaposed with finely tailored details crafting a unique identity for the property. At the entrance, herringbone tile, brightly coloured leather seating in red, blue and yellow, and custom artwork evoke the atmosphere of a chic living room, along with chandeliers from Illumination Lighting and Restoration Hardware – selected for their ‘residential’ feel in keeping with the rest of the design approach. As guests make their way inside the lobby they encounter new American small plate eatery Fabrick, again featuring chandeliers from Illumination Lighting and Restoration Hardware to complement a wood-burning oven and open kitchen framed by reclaimed wood from New York City water towers.

Rooftop bar Spyglass, inspired by the phases of the moon, invites guests to enjoy breathtaking views of some of Manhattan’s greatest landmarks. In each of the 180 guestrooms Cerno Lighting sconces can be found with one of four custom palettes featured, where custom drapery, ottomans and throw pillows in muted grays, greens, and dark purple give each space a unique personality. General recessed lighting throughout the hotel comes from Senso Lighting.

Mediterranean design is the inspiration for TRYP Times Square South located on 35th Street in Manhattan. Guests first experience the Plaza Central, a grand lobby filled with Spanish-evoking elements such as a vaulted ceiling, suspended lamps hanging over the bar area, and sitting niches. Because of all of the natural light coming through during the day, the lobby area has minimal lighting including not only the suspended lamps, but also spotlights found throughout.

The guestrooms have ample lighting – with table lamps featuring solid-coloured shades, spot lighting, and suspended fixtures, complemented by wood flooring, area rugs and splashes of colour found on walls and ceilings. All of the selected lighting is contemporary, speaking to the clean and fresh design that Coben and his team wanted to create. Lighting manufacturers featured include Lamp Works.

Inside issue #40: The Churchill Tree restaurant.

Winner of ‘Best of the Best’ [d]arc award (pro