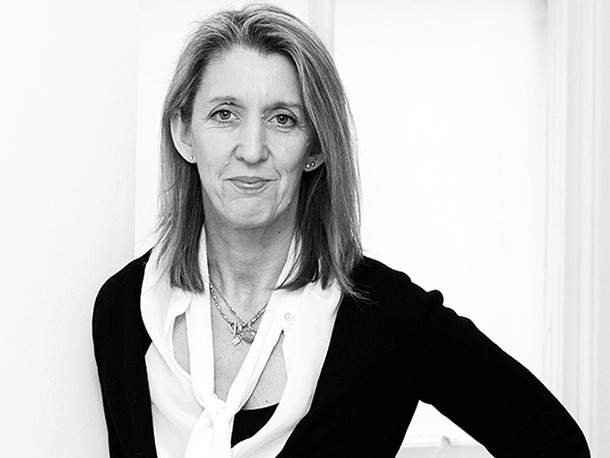 Richmond International provides a bespoke service responding to each brief’s individual requirements. With more than 45 years experience, the London-based company not only creates brilliant new and refurbished buildings, it also takes into consideration the economic and social impact of their work on the immediate environment.

Richmond International’s clients include a broad cross-section of individuals, institutions, developers, banks and hotel companies. Indeed their perview is not restricted to terra firma; the group recently completed the Lotus Spa on board the Royal Princess, the latest addition to the Princess Cruises fleet.

Above all the practice specialises in hospitality design and has been involved in the creation and/or refurbishment of many of the world’s landmark hotels including The Langham Hotels in Chicago and London; the Four Seasons Hotels in Amman, Mauritius, Hampshire; and the award-winning Four Seasons Gresham Palace in Budapest.
www.richint.com

Four Seasons Gresham Palace
Budapest, Hungary
The falling of the Iron Curtain in Eastern Europe revealed many surprises, not least the Gresham Palace, a 1906 Secessionist masterpiece that had lain derelict after decades of neglect and decay. Richmond undertook what became an award-winning restoration, bringing in master craftsmen to sensitively recreate the former glory of this stunning World Heritage landmark. The focal point of the main lobby was a piece manufactured by Preciosa. Inspired by decorative jewellery pieces from the secessionist period at the turn of the century, this chandelier comprises hand shaped crystal leaves, each approximately 60cm in length, illuminated by the 76 halogen bulbs that sit among them.

Langham Chicago
Chicago, USA
Continuing their long-standing relationship with the luxury Langham Hotel Group, Richmond recently completed the brand’s third US-based hotel in Chicago, Illinois. Originally designed as offices, the project involved the refurbishment of floors two to thirteen of the 52-storey, iconic Mies van der Rohe-designed tower. Richmond’s design challenge was to create a series of interiors in character with Langham’s traditional design sensibility, yet set in an iconic mid-century modern building. The team was able to cut new spaces into the Miesian plan to create double height ceilings throughout the main public spaces to allow the light and the cityscapes to become part of the interior architecture. For the main lobby area of the hotel Richmond worked with Jana Ruzickova and Tomas Hovorka, in-house designers at Czech manufacturer Lasvit, to create a bespoke chandelier piece. The installation is comprised of hand-blown glass pebbles in two sets of colours, which are suspended at varying distances and lit from above with LEDs. The bubble-like pebbles are each unique in shape and internally coated in liquid metal, a visual reference to the Chicago River, which flows past the hotel’s south side.

Four Seasons Baku
Baku, Azerbaijan
Positioned prominently on the Caspian waterfront promenade, the Four Seasons Hotel, Baku, Azerbaijan is the Group’s latest European hotel. Taking inspiration from the French Riviera, Richmond created sumptuous interiors that merge the French Beaux-Arts style with contemporary twists, resulting in an environment finished to the highest quality. Richmond worked with UK-based Dernier & Hamlyn to create a number of bespoke lighting pieces, including three crystal and polished brass chandeliers for the hotel’s rooftop restaurant Kaspia. Based on the concept of ‘fire and ice’ and complementing the restaurants undulating views of the Caspian sea, the fittings include sail-like chrome plated panels and solid acrylic cubes that reflect the light in a similar way to water. Elsewhere, for the hotel’s private dining room, a single 40m piece of brass was strip rolled and heated to allow it to be coiled into a 1.5m high cage.

Trianon Palace
Versailles, France
Famously one of King Louis XIV’s original royal pleasure palaces, Trianon and its extensive gardens in Versailles were commissioned by the King as a woodland retreat far removed from the strict etiquette of the Royal Court in Paris. Over the centuries Versailles has witnessed many residents and transformations: from Marie Antoinette and Napoléon, to the upheaval of the French revolution. The Trianon Palace, built at the turn of the last century, is universally acclaimed as one of France’s finest luxury hotels, famed for its redefined decadence and home to Gordon Ramsay’s first French venture. Richmond’s respectfully restrained approach was employed to give the hotel its latest ‘chic countryside retreat’ aesthetic. From their first glimpse of the main lobby and gallery space, visitors are left in no doubt of the experience ahead. A series of chandeliers, inspired by the drawings displayed at the Paris Grand Exhibition of 1938, hang throughout the space. Each is created from woven Murano glass that fades from light to dark through the length of the fitting.

Grand Hotel Stockholm
Stockholm, Sweden
The Grand Hôtel – overlooking the Royal Palace and Gamla Stan, Stockholm’s old town – has been home to celebrities, high-profile events and everyday bon-vivants since 1874. It is also the location of the classic Swedish Veranda restaurant, renowned for its traditional smörgåsbord, Mathias Dahlgren’s Michelin star restaurants and the spectacular Cadier Bar. Richmond designed a series of light fittings that were not only a contemporary interpretation of the hotel’s original chandeliers, but also made by the local manufacturer Tomas Kerbs, whose father produced the original fittings. It is a link to the past that gives the space and its new look an added layer of historic integrity.