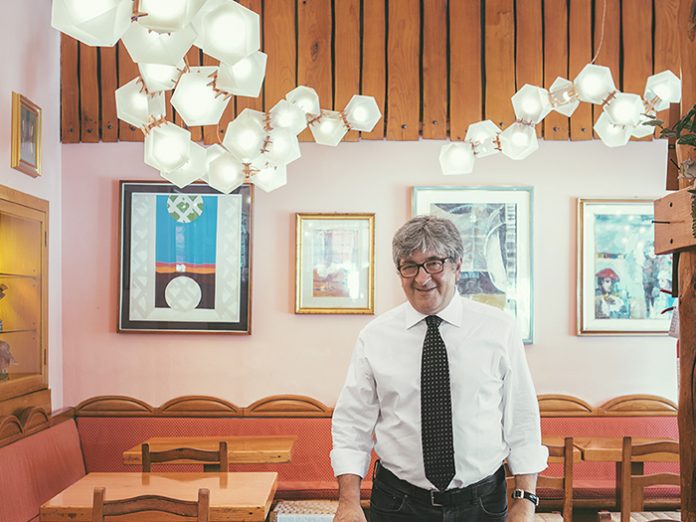 On October 13th, 1967 Mirko Stocchetto – then a barman at the renowned Hotel Posta, Cortina, in the Italian Dolomites – bought Milan-based Bar Basso from Mr Giuseppe Basso. Stocchetto Introduced the Milanese audience to a whole new drinking culture – bringing with him a touch of glamour and the art of mixology, Stocchetto created the Iconic cocktail Negroni Sbagliato.

The bar’s relationship with design began in 1980, following the success of Memphis, many young international designers, (who would later go on to become famous) such as Marc Newson, Jasper Morrison, Thomas Sandell, Ross Lovegrove, and James Irvine – visited the bar.

In April 1999, during Salone del Mobile, the young designers together with Stefano Giovannoni and Maurizio Stocchetto decided to organise a party at the bar inviting a hundred or so friends. Unexpectedly, however, the news spread all around the city and taxis started to pour in: in the end more than a thousand people turned up to drink at Bar Basso that night. Since then, the Bar, which today is led by Maurizio (Mirko’s son), has become a meeting spot for designers that attend Milan Design Week. Over the years the likes of Ron Arad, Alfredo Haberli, the Bouroullec brothers, Marcel Wanders, Luca Nichetto, Karim Rashid, Maurizio Cattelan or the Gelitins, as well as journalists, fashion designers, and fashion people have visited the bar.

To celebrate Bar Basso’s 51st birthday, Gabriel Scott created a tailored-made light installation with the popular Welles Glass Long Chandelier.The installation hangs as an almost revolutionary act, as it is the first time, since 1967, that new elements have been added to the bar’s interior. Welles Glass lights are designed as transparent solid bodies of organic matrix, blown in white alabaster glass and connected by a finely woven copper cable; each piece is handmade in the company’s atelier in Montreal and expresses Gabriel Scott’s attention to good design and high craftsmanship; the same knowhow that one feels at Bar Basso.