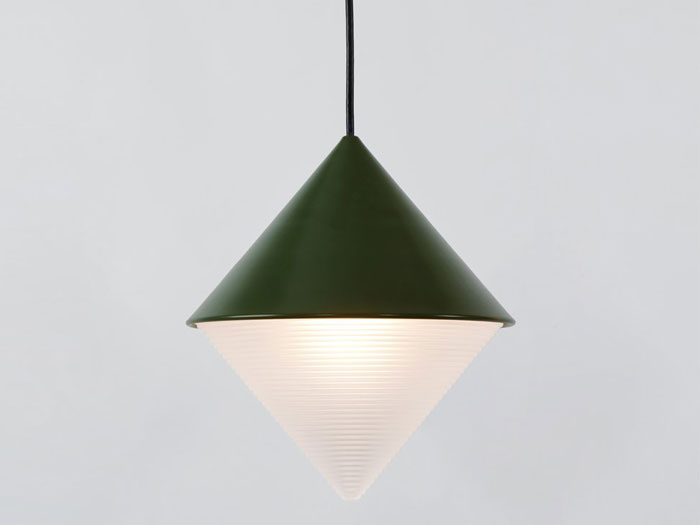 Half & Half launched in 2017 as the first collaboration between designer Jonah Takagi (with whom Roll & Hill has worked on several designs) and Oslo-based designer Hallgeir Homstvedt. The play between the geometric shapes of the shade and ribbed glass was the starting point for this bold and iconic design, which has now been re-envisioned to include four new colours – green, blue, red and white.