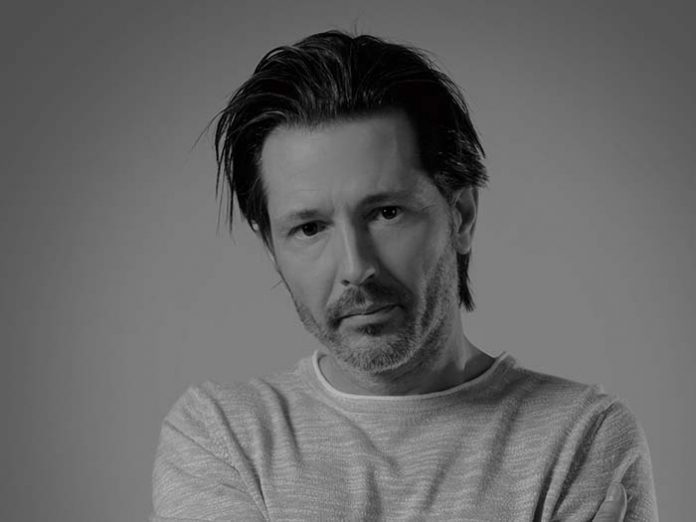 With a passion for nature and a deep love of the sea, Karman’s Art Director Matteo Ugolini follows his own design path – creating striking decorative lighting pieces, each with their own personality.

Having grown up in Pesaro, a town in the Marche region of Italy, which is characterised by beautiful hills and beaches of the Adriatic coast, Karman’s Art Director Matteo Ugolini unsurprisingly developed a deep love of the sea and nature as he was growing up. At the same time Ugolini also had an undeterred love for adventure and drawing, with the pencil one of his favourite playmates!

“I love any artistic and creative form and my path has always been clear from the beginning,” Ugolini tells darc. “So when I finished artistic secondary school, I immediately enrolled in an industrial design course at the CNIPA in Ancona. My noisy passion for engines and my idol, bike racer Valentino Rossi have also inspired me along the way… the saying ‘the most important thing isn’t the winning, but the taking part’, doesn’t really do it for me.

“From an early age whatever I designed ended up in the drawer of my desk, but I felt the need for the things I designed to be appreciated by others. Unfortunately, social media didn’t exist at the time so there was no way to share! When I realised that, through design, I could enter people’s homes, giving shape and function to my ideas, I fell in love with it. After my industrial design course I went on to gain some work experience in several multi-disciplinary studios where, in addition to design you were confronted with architecture, photography, interior and graphic design and projects.

“However, at that time, the military service was compulsory, so I couldn’t accept any long-term work commitments related to what I had studied for – I had to adapt and instead took on more classic jobs that all youngsters do… I worked in a furniture factory, as a waiter and so on… experiences that still help you to grow and understand even more what it is you really want to do in life.”

When it comes to inspiration, Ugolini tells darc that while he has always admired the imagination, intuition and irony of Philippe Starck, he has always deliberately detached himself from the work of other designers so as to avoid being influenced by them and create his own identity and something different.

“I have my own personality and my own style,” he says. “What we create comes from within each one of us, it is innate and fully reflects what we are. Normally, those who contact me for a project want my style. I cannot even transmit it to other people because everyone has their own style and that’s why I work alone.”

Ugolini’s transition into lighting came about when he bumped into Davide Diamantini, who he had met in previous years when Diamantini was involved in another design project. “From the moment we saw each other again, a fantastic journey started with Karman and ever since, a great passion was born for that ‘thing’ that gives life and soul to any form… light!

“Within a particular setting, a piece of furniture, a sofa or a colour are a matter of taste, but light is the most difficult thing in an interior design project because, depending on how it is used, it has the power to enhance or even worsen everything that surrounds it. Often suspended at the centre of everything, as a true hero, it is at that precise point that the lighting object must strike, amaze and draw attention to itself in order to create the right atmosphere depending on what it wants to convey.

“The goal is and always will be, to design what I like, what interests and excites me and what, at the same time, makes me feel good. The most frustrating thing is when you have to change your initial vision for an idea due to technical problems or costs. But then comes the moment that wipes out all the frustration and all the effort and hard work and you see what was once in your imagination and is now before your eyes.”