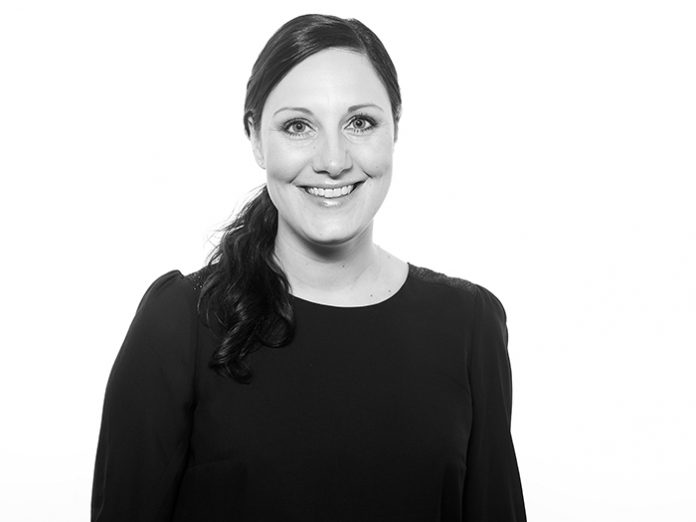 Kim Höglund, Department Head of Lighting Design at Tyréns, Sweden, discusses how exterior lighting design can be decorative yet functional and how, as a lighting designer, this should always be the main goal.

What’s the first thing that comes to mind when you hear someone say exterior lighting? Road lights? Parks? Squares? Businesses? A façade? Or a town centre? Maybe it’s all the above. You might think more in the line of perception, attractiveness, security and safety. In that later case I suspect you are likely a lighting designer and maybe also experienced with urban lighting design.

Appropriate lighting is one aspect that can provide significant benefits by enhancing the aesthetic value and perception of the urban environment. As lighting designers working in the public space, we have an important role not just for safety and security but as well for helping to create attractive spaces.

An important thing to remember is that the most fundamental part of lighting is the knowledge that lighting triggers feelings; that lighting is accompanied by the perceived attributes of people that elicit certain emotional reactions: preference, interest, comfort and safety etc. In exterior design we must show great care since our design affects both the feeling of safety and the actual security of people, we need not forget the importance of design between the need for function and energy reduction etc.

Outdoor lighting has always been needed to create security and help people to read the environment around them. But a classic way to illuminate the urban environment has been with a focus on traffic. Hence illumination has focused on roads or paths in parks. This however, is far from optimal and far from a holistic approach when designing an urban environment, something which is definitely needed. Lighting solutions are important, but equally important is the relation to different things that light can be reflected on, enhance, or obscure. If one gains the interaction between light and, for example, materials, house walls and road markings, it becomes easier for people to read and understand the environment and adapt their movements. Studies show that we perceive a vertically lit area brighter than a horizontal one even though they have the same amount of light on them. When landmarks and details are illuminated it becomes easier to form a relationship with the place, there is a sense of recognition; “there is that building”, “there is the pergola”, instead of the walkway only being a transport route. The emotional state that accompanies recognition contributes to increased security.

It’s very important to realise and remember that calculated results and illumination tables doesn’t tell the full story of how bright it gets and certainly not how it will be perceived. Too many factors affect the design of the area and the lighting, something a computer can’t factor in, so I fully rely on my visual sense!

For my colleagues and I, we see no difference between function and decoration, they aren’t opposites. Decorative lighting can with no problem be functional as well, it’s a matter of knowledge of the planner. The aesthetics are about adapting the lighting to harmonise or enhance the style of the place, for example the playfulness in a playground or the welcoming feel of a town square.

To provide some examples in this article, we see a park from the north of Sweden called The Hedalundadungen. The lighting design is based on the key words pine and pine cone in the centre. Several trees have therefore been decorated with large illuminated spheres that collect inspiration from the pine cone. Great emphasis has also been put on getting the park to feel safe and welcoming with good visual comfort. Much of the lighting has therefore been integrated into the play equipment to create an even and inviting light and to avoid the feeling of a backdrop. One has a clear visual path although the park landmarks are clearly visible, giving you a greater sense of orientation.

Another good example of a how to use lighting outside is to create a landmark with it. Such as the project Frizon, where the purpose was to create a space based on the target group’s thoughts and needs, but also a place where everyone can feel welcome. The dialogue process with the girls had a crucial role for the design work and the project was adapted several times according to new views and wishes, a process that was very important.

The project was realised in a central park in northern Sweden where many young people hang out. The site is designed with an oval roof that embraces an existing tree. The roof is perforated and the round holes are covered with glass of different colours. Under the roof hangs large round seating furniture with space to sit together. Both the roof and the floating seating furniture are illuminated to create an inviting and safe atmosphere even in the evening and winter. In addition to creating a place that feels safe and inviting, there was a wish that people should be able to connect their phone and play music from it, which is impossible.

Last but not least a town centre with its main shopping street redesigned to be more than just a street. Kungsgatan, in Eskilstuna a city in the middle of Sweden was renovated as part of a larger city project. The goal was for the street to emerge as Eskilstuna’s most important trading area. It is a pedestrianised street that is now a pleasant meeting place in the same way as a town square might be.

Well-being, safety and the environment are leading words in the lighting program. To link the newly refurbished Fristadstorget street lighting program with the overall seasonal lighting design concept for Eskilstuna, the same approach was applied – with three central concepts used as design tools: space-creating light, social light, and identity-creating light were analaysed to define the light needed at various levels to create a good well-being environment where people feel safe. Behind this approach lies a holistic thought with the people at the centre.