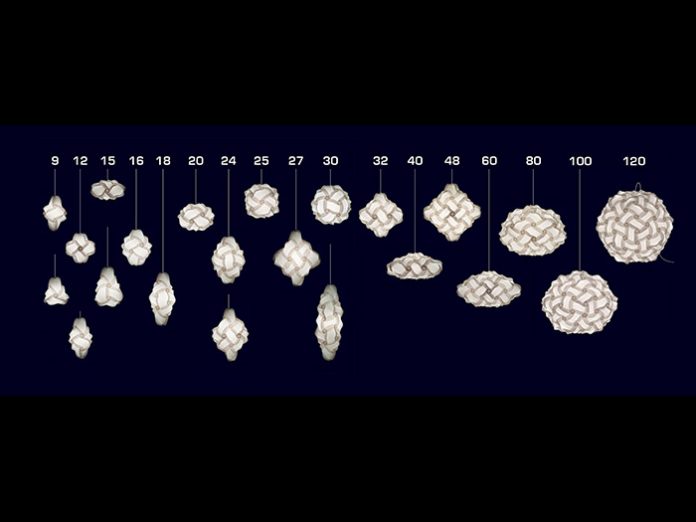 (Denmark) – In connection with Halo Design’s 25th anniversary, designer Holger Strøm has assembled three different variation of his classic IQ light. The special edition will be available in limited numbers.

In 1972, Holger Strøm was asked to design a modular lamp construction – a cylindrical, and a round shape. The lamps were to be used as a decorative element at a Christmas exhibition in Ireland, where he was living at the time. The result was the invention of a whole new ‘assemble-yourself system’ and the lamp created a lot of interest and demand.

After the exhibition, Strøm could not get the lamp and the new system he had invented out of his mind. So he began the adjustments and the redevelopment of the lamp, and it was eventually put into production. IQlight became incredibly popular and millions were sold worldwide.

The lamp consists of identical soft plastic modules that are put together and transformed into a lamp with many different looks. An IQlight kit consists of 30 modules, and with these modules, you can make 22 different lamp variations. With just one package, you can either assemble three small lamps, two medium-sized lamps or one large lamp.

The lamp modules are made of soft white plastic and, when turned on, creates a warm and soft light.