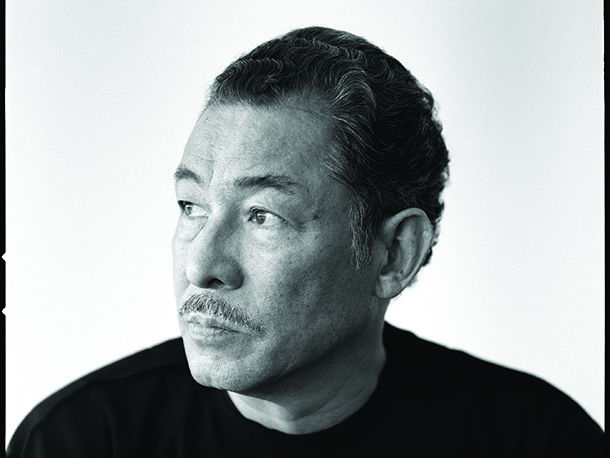 Cross collaboration between disciplines has long existed within the design community. For leading creative icons, the opportunity to apply a design philosophy to a completely new subject can prove an irresistible challenge – and one that can be rewarded with a two-way exchange of ideas and the development of wildly fresh end-products. In the Pantheon of fashion, Issay Miyake is one such icon. After founding the Miyake Design Studio in 1970 he set about creating successive collections that explored the space between the human body and the material surrounding it. Always taking a single piece of cloth as his starting point, Miyake has constantly pushed towards designing for the future, whether it be his functional and versatile “PLEATS PLEASE ISSEY MIYAKE” series (1993-) or the “A-POC” (A Piece of Cloth/ 1998-) series, that introduced a single process whereby continuous rolls of fabric, texture, and articles of clothing could be made from a single piece of thread. In many ways the worlds of fashion couture and decorative lighting share a creative border, both producing pieces that can range in style from the flamboyant to the pencil sharp. So when Miyake’s research and development team, Reality Lab, was looking for fresh applications for a new production process they had developed, decorative lighting seemed an obvious choice. The Reality Lab was formed in 2007 under the leadership of Miyake and two staff members, Manabu Kikuchi (a textile engineer) and Sachiko Yamamoto (a pattern engineer). They set themselves the goal of exploring future production methodologies, covering everything from clothing to industrial products. Their aim is to create products that reflect what people need and to find new ways to stimulate creative production in Japan. In particular there is a strong drive towards building upon the distinctive characteristics of “regenerative” materials, a response to the issues surrounding ever-dwindling natural resources. In 2010, the team unveiled “132 5. ISSEY MIYAKE”, a new way of making clothes using 3-D geometric principals encoded in a mathematical program by Jun Mitani, Associate Professor of Computer Science at the University of Tsukuba. The technology allows the creation of a single piece of fabric that can fold completely flat, but also expand out into a wearable item of clothing. It was this process that the Reality Lab felt could be applied beyond the fashion industry. Thus the team conceived the “IN-EI” series, a range of lighting pieces that were then brought to life by co-developers Artemide.