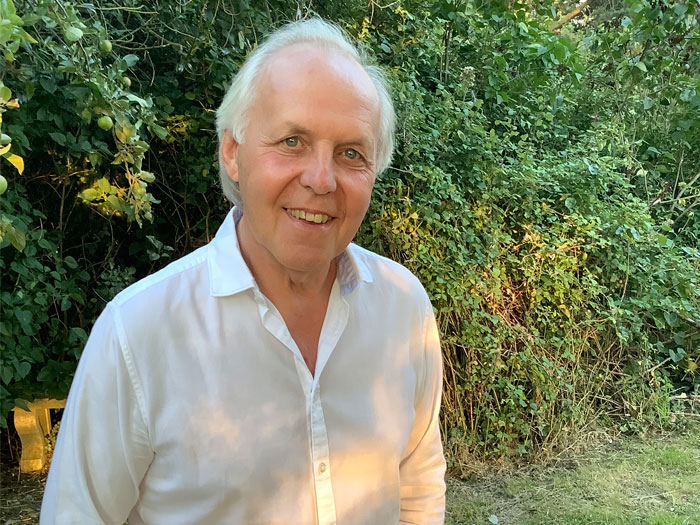 UK’s Lester Bennett, President of the British Institute of Interior Design (BIID), sits down with Acting Editor Sarah Cullen to discuss the evolution of interior design in the UK, current trends and his work with the BIID to promote UK design to the international community.

The Secretary of State recognised the BIDA as the pre-eminent body in the field in 2009 and granted Institute status, so it became the British Institute of Interior Design. In 2015, the BIID celebrated 50 years as an organisation dedicated to the interior design profession, making it the UK’s oldest professional body representing solely interior designers.

In the UK, the BIID is a full member of the Construction Industry Council and, as such, is part of Government consultations to advise on new policy and legislation. Internationally, the BIID is represented on the board of the International Federation of Interior Architects and Designers.

darc’s Acting Editor, Sarah Cullen, sat down with current BIID President, Lester Bennett, to find out more about the history of the industry and current trends occurring in UK interiors.

Bennett is an independent design consultant with 40 years of design experience. His career has included founding his own practice, working as a design director for a leading residential developer and as a founding partner of Folio Design LLP. Bennett specialises in residential interior architecture and design, whilst also having a wide range of experience in commercial and retail design, industrial, exhibition and product design, with a client list including Mobil, Alliance and Leicester, Celador Productions, Morgan du toi, Elstree Studios, Taylor Walker Breweries, and Handles and Fittings (HAF), with products still in production after nearly 30 years.

In addition to his work in contemporary design, Bennett has studied, and lectured on, the history of the English House and is well versed in period interiors, informing his work on many historic and listed buildings.

Bennett also has a thorough understanding of cabinet making and site construction techniques, materials and processes, and is a passionate flag waver for the art of hand drawing.

Other than the multifaceted aspects of art and design, his passions are his family, music (he is an accomplished jazz drummer) and the countryside.

Bennett previously served on the BIID Professional Practice Committee as Chair, a term on the Membership Committee and for several years as assessor and student mentor. His key objectives as President are to work closely with the BIID Council, committees, and other groups within the design community, nationally and internationally, and to continue to raise the profile of the BIID.

When asked what the evolution of interior design looked like in the UK, Bennett comments: “From the long-term trend of minimalist and modernist interiors with their restrained colours and, at times, slightly sterile and formalised arrangements, the last few years have seen a movement to a more eclectic, layered and colourful approach. Although this is a trend in itself, it is without the direct or tightly channelled constraints of the former; any direction or approach can be followed, allowing a greater degree of expression for both the designer and the client.

“Quirky pieces, one-offs, retro and antique, are mixed with colourful and textured fabrics; this, along with contemporary paintings and sculpture creates a much more personal, relaxed but vibrant and interesting environment.

“Also, there is now much greater concern over sustainability with designers increasingly sourcing materials and craftspeople locally, which often leads to a heightened sense of place and a more eclectic result.”

Looking specifically at the role of lighting in the interiors industry, he comments: “The recent developments in LED in terms of lenses/reflectors, colour rendition, colour temperatures and control systems, have allowed greater flexibility and lower running costs. Architectural LED lighting can be utilised to enhance spaces in a much greater way than ever before for ambient, task and accent lighting, and as a result of the diminishing sizes of the fittings, the light sources are often discreetly hidden. This has led to opportunities for decorative lighting to be just that, decorative. As there is no longer a requirement for these wall or ceiling fixtures to provide ambient light, they can be created to twin with the more eclectic interior schemes to provide exciting statement pieces and light sculptures.”

The latest effort the BIID is working on comes as a result of the long overdue, global conversation about diversity and inclusion in society in 2020. The BIID is keen to engage with the interior design community and better understand the issue specifically in the interior design profession.

There is currently no research into diversity in the UK interior design sector, so the BIID has launched a new survey to gain a detailed picture of the current landscape and drive valuable new insights. The Institute is asking all professional interior designers, junior and senior, employees and practice owners, to complete the ‘Diversity in Interior Design’ survey to help the BIID understand more about the make-up of the profession.

The survey forms an important part of the BIID’s recently launched action plan into diversity and inclusion. The initial plan includes diversity and inclusion specific training content in the BIID Continuing Professional Development (CPD) calendar and the development of an Equality, Diversity and Inclusion (EDI) Strategy, which will lay out specific areas for long term action. This will be included as part of the BIID 2021-2024 Strategic Plan that will be published in March 2021. These initiatives will be overseen by a new BIID Diversity and Inclusion Committee.