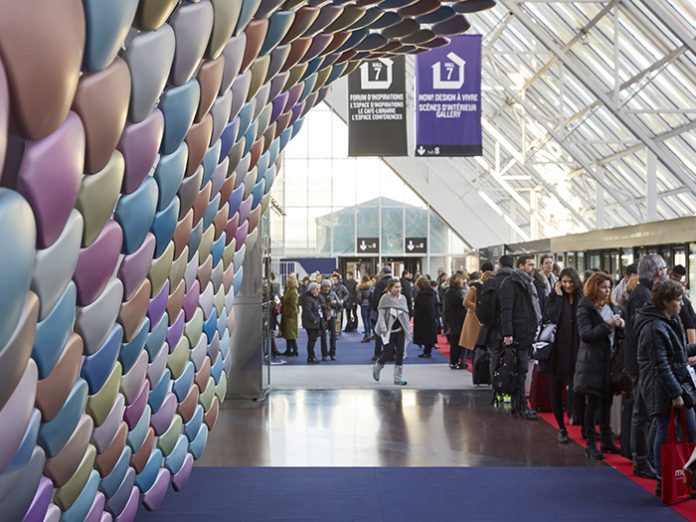 Foreign visitorship has also registered a 17.4% increase, totalling 43,127 international visitors. Overall the fair received 135,875 visits from professionals. Managing Director Philippe Brocart commented: “The significant growth we have seen this season in the number of visitors, especially from abroad, is a very auspicious sign for the interior, design and lifestyle markets worldwide. Over the last few months, we have undertaken a large number of actions and initiatives in order to reach out to buyers and specifiers all over the world, working closely with out exhibitors. This collaboration has created a powerful dynamic that had a direct impact on attendance figures.”

With 2,871 exhibitors, Maison et Objet managed to bring together the finest examples of the French and international design industry. More than 800 new exhibitors have taken part, with a number of exhibitors that remained stable compared with January 2016. The 1,719 exhibitors that travelled from abroad – accounting for 60% of total exhibitors – have proved the fair’s attractiveness worldwide; 307 exhibitors from Italy, 184 from the UK, 159 from Belgium, 150 from Germany, 137 from the Netherlands and 80 from Japan.

“The launch of the online platform MOM also helped raise awareness of the fair with new categories of buyers. As they discover new products on MOM all year long, buyers and specifiers realise the wealth of the offering shown at Maison et Ojet, and that makes them want to visit the fair.”

In addition to its impact on the industry’s community, the fair generates significant economic benefits. The fair’s direct and indirect impact was assessed in 2016, using a new analytical tool. The January and September 2016 events thus generated 370 million euros in direct and indirect economic benefits, including transportation, accommodation, food service and local retail business.