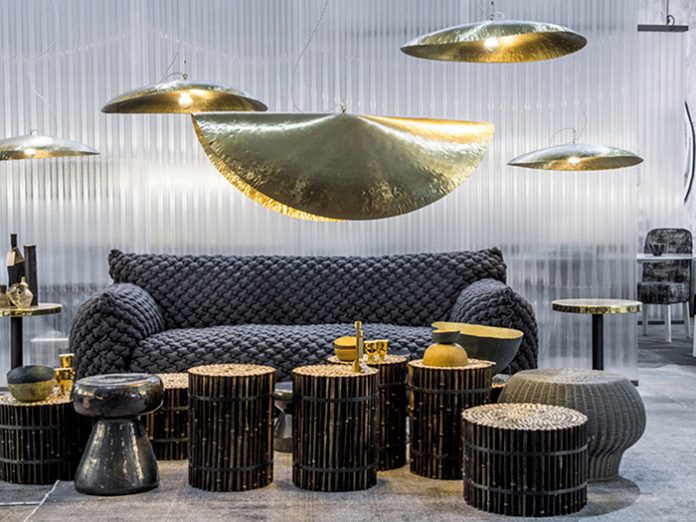 (France) – September 2020 edition will no longer go ahead in usual physical format.

Instead, from 4 – 18 September, Maison & Objet will host a ‘Digital Fair’ via its online platform, MOM (Maison&Objet and more). At the same time, Paris Design Week is still confirmed to run from 3- 12 September 2020 in Paris, in order to contribute towards re-opening and kick-off the autumn season for decoration, design, and crafts professionals.

“Although there are encouraging signs of the pandemic beginning to decrease, we believe there are still far too many uncertainties regarding the travel conditions for international exhibitors and visitors,” comments Philippe Brocart, Managing Director of Maison&Objet. “Furthermore, the lack of clarity regarding the ability to hold large gatherings in early September in France has played a major part in influencing our decision to call off the September edition, despite the fact that 80% of stands had already been reserved by April 2020.

“Our teams have spent the past few weeks shaping out plans that will allow brands to present their new collections and continue engaging with buyers and specifiers online.”

The aim of this initiative is to maintain an active relationship between brands/designers and buyers/specifiers with a view to driving year-end orders, as is the case each September. The Digital Fair will feature two complementary strands: Digital Showrooms on the MOM digital platform to enable products to be showcased, and Digital Talks on the Maison&Objet website to deliver content and inspiration.

Each year for the past decade, Maison & Objet has also organised Paris Design Week, a design-led experience that runs alongside the trade fair. Through five different districts, each with their own identity, Paris Design Week extends an open invitation to explore the City of Light through the prism of design. 2020 will be no different, with a host of new finds being celebrated in the French capital’s showrooms and featured in its decoration, design, fine crafts and lifestyle stores, accompanied by a plethora of pop-up installations in public places.

This year, Paris Design Week will also be part of France Design Week, a new national initiative spearheaded by the French Agency for the Promotion of Industrial Creation (APCI – Agence pour la promotion de la création industrielle) that will bring coordinated design events to cities across France for everyone to enjoy each year.

In January 2021, Maison&Objet will host an unprecedented edition of its trade fair, attended by all the market players who are keen to further pursue and strengthen their efforts to get the industry back on track. The WORK! and PROJECTS show sectors, two highlights initially scheduled for September, will now be part of the January edition of the fair, as well as the installation from Designer of the Year Franklin Azzi.

“The global lockdown we have experienced is set to accelerate the transformation of workspaces,” continues Brocart. “The WORK! show sector will directly reflect those changes, enriched with designs that were elaborated during the crisis period and becoming a veritable hub for reinventing the modern day workspace.”

In-keeping with its desire to accompany workspace change, Maison&Objet has recently joined forces with Fabernovel and Morning Coworking to announce the launch of ReSPACE, a think tank to explore post-Covid- 19 workspaces, which will be inaugurated this September.