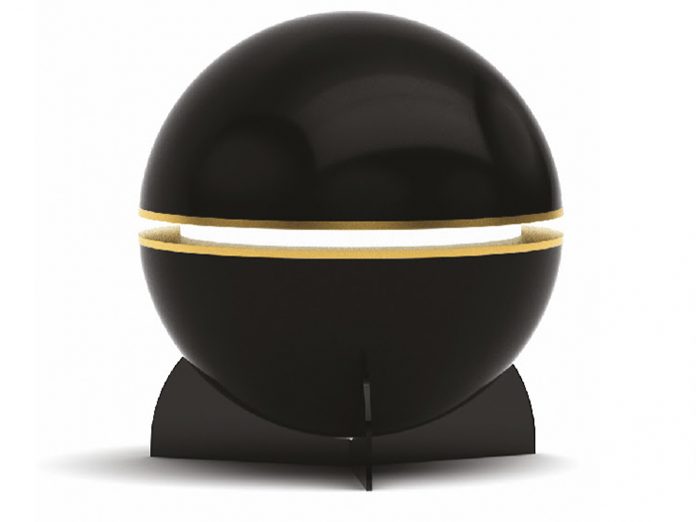 Initially inspired by The Death Star from Star Wars and Hal 9000 from 2001: A Space Odyssey, the Galactic light is reminiscent of the ‘all-seeing eye’ theme that played a pivotal role in many sci-fi classics.

Galactic is available in various shapes and sizes; the Galactic floor lamp, the Galactic globe, and the Galactic ceiling light. All variations feature minimalistic lines and circular forms, are made of polished brass, are easily transportable and are made to fit any space.