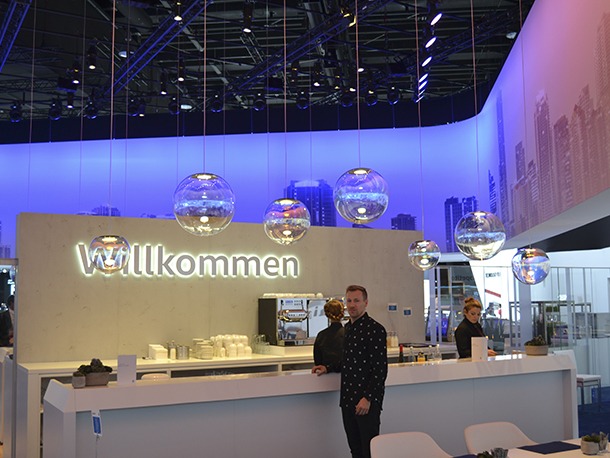 (Germany) – NEO/CRAFT was chosen by KMS BLACKSPACE to illuminate Volkswagen’s exhibition at this year’s IAA. The collaborative creative display brought something new to the German car manufacturer’s space, in adherence to the IAA 2015 motto “Think New”. Based on Volkwagen’s new brand campaign, its appearance at the show focused on the key visuals of the campaign with coloured installations called “boosts” featuring throughout the booth.

The exhibition concept guided visitors via colour-coded worlds, featuring the “Coffee Garden” amongst others, illuminated by NEO/CRAFT’s play of coloured lighting. As a modern company with an innovative approach to lighting, NEO/CRAFT’s scheme had several purposes throughout the exhibition, as it also staged and coloured the bar at the centre of the room, drawing attention to it as a central hub.

Its versatile colour scheme adhered perfectly to the Volkswagen brand campaign and the lighting concept for the entire lounge, creating an exclusive, refreshing atmosphere with warm light and golden tones.