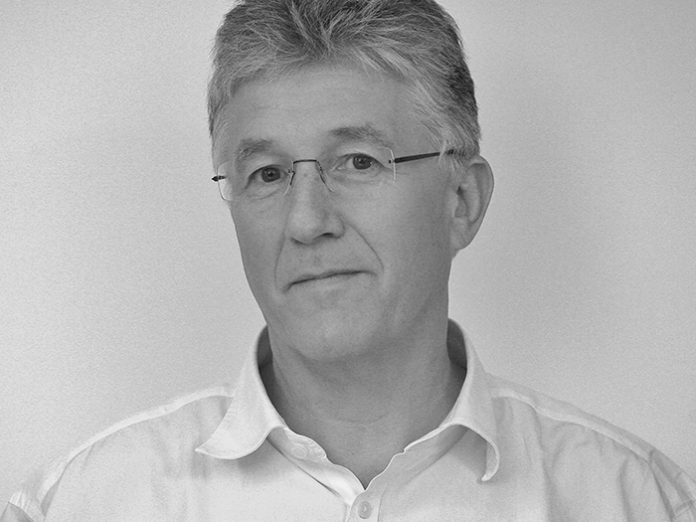 With experience in both architectural and decorative lighting, Nick Hoggett of dpa lighting consultants joined the internationally renowned practice in 1979. Based at the Oxfordshire studios, Hoggett is now Partner at the practice, standing at the forefront of its progression and international achievements. darc caught up with the British lighting expert to find out how he sees the two worlds of decorative and architectural lighting moving alongside each other and how their values are gradually shifting.

“You need linear LEDs and beautifully integrated downlights, while at the same time, we are working ever harder to use decorative lighting to do a job of work, rather than just serving as a pretty object,” Hoggett tells darc. The technical functionality is needed across both to varying extents, while maintaining their own aesthetic purposes.

Previously the consensus had been that decorative lighting was nothing more than pretty fixtures. Yet, even though there have been technical developments in the area, for Hoggett there remains a clear distinction between decorative and architectural.

“The two main architectural tools are linear LEDs and recessed downlights, and you can use those in hundreds of different ways. To me, architectural lighting is something you’re trying your hardest to hide and obviously it’s the opposite with a decorative fixture. The function decorative fixtures have is changing, but as a product there is still a clear distinction, 99.9% of the time.”

In recent years, there has been an overriding bias in hospitality projects towards decorative fixtures. Hoggett discusses dpa lighting consultants’ work on more inhibitive work places, referring to the practice’s involvement in office projects that feature some frivolity in the lighting as part of the overall concept. “That’s definitely been a movement in the last ten years,” he says. “We worked on the fine rooms at the UK’s Foreign and Commonwealth Office many years ago – the foreign secretary’s office had these chandeliers that were the predominant feature so even then, 30 years ago, we were integrating fibre optic spotlights into the chandelier to make them functional as well as decorative. For us, decorative lighting covers such a broad cross section of things. Everybody used to have wall lights and perhaps something that matches it. Now, a mixture of fixtures is more common, emanating an eclectic use of decorative lights.”

For dpa lighting consultants, decorative lighting has always been used by the team as a more technical lighting instrument when appropriate. With an increased importance placed on decorative lighting, the practice today has greater input when working with the interior designers over the decorative lighting elements of a project, in particular, opening a conversation with them about technical input. “A lot of decorative lighting fixtures are not lamped particularly well. It’s a very big topic of conversation. You can have a beautiful decorative fixture but its lamping won’t have been considered thoroughly – it can be very hard to keep up with all the different options if you’re not dealing with it on a daily basis.”

In Hoggett’s view, interior designers and architects need to be more aware of the technology that’s involved so they can understand how the colour of the light source, not the colour of the fixture, might interact with the colour of their materials, and whether a product should be matched with a dimmable or nondimmable driver. “Manufacturers should make it as easy as possible for people who are not used to dealing with lighting every day of the week, to understand what’s dimmable and what’s not,” he says.

A project that emphasises this integration of technology into decorative lighting is the Four Seasons Hotel in Casablanca, Morocco, with a full lighting scheme completed by dpa lighting consultants. With decorative pieces from Moroccan Bazaar, Preciosa, Yellow Goat Design and Lights of Vienna as well as several locally sourced pieces, the full scheme also boasts an extensive list of architectural lighting features. The combination of neutral small scale and visually inert architectural lighting equipment neatly integrated within the interior fabric, is offset from the large scaled decorative light fixtures that add presence and help to characterise the space. This project puts greater emphasis on using decorative lighting as a means of contributing to the look and feel of the spaces in addition to the interior design material palette, helping to break up the spatial aspects of the interior volume.

“I can remember fifteen years ago sitting down as a practice with the senior members of dpa lighting and urging for more use of decorative lighting,” says Hoggett. “Obviously the interior designer and architect will have strong views – rightly so as they lead these things – but we said we wanted to have greater influence and that has now happened. As a result, this is increasing our range in how we develop lighting schemes. Creatively, I think it’s more interesting.”

Yet in terms of the time it takes from a business point of view, Hoggett feels this level of involvement is actually very demanding, as the team spend more time on each project as they become more deeply and technically involved.

The practice tends to put all lighting onto an integrated control system, which can create massive compatibility problems if not dealt with properly. This is where the team spends more time on the technical quality of lights in terms of dimmer, driver, lamp compatibility, as well as having a bigger influence over the lighting effect of decorative fixtures. “So we might be looking for fixtures to provide a gentle ambient light in a space,” says Hoggett, “or maybe we’re looking for them to have a narrow beam, focussed, punctured lighting coming from them. We are looking for them to do a job as well as look attractive.”

The push towards using primarily LED, energy efficient light sources also presents dpa lighting consultants with many technical challenges. A certain tungsten halogen lamp may be the right light source for a beautiful chandelier, yet the challenge is in finding and using the best LED for all the known reasons; in more recent projects, when asked for an energy efficient lamp option, dpa lighting consultants has been specifying Segula LED lamps.

“We have to test every lamp with the control system supplier, on every single project. We probably have 200 projects in the practice at the moment, so we have that challenge for every single one.”

With such a large number of projects, each with its own specificities in tow, the practice dives into its enormous library of lighting manufacturers, suppliers and designers in search of the right product for that specific job.

“When we have a project, we don’t just go to a certain section of suppliers or go to particular brands that worked on a different project,” says Hogget. “We say we’re looking for something specific and then we go to the library and research what we’re looking for rather than a product name. Sometimes, if you have certain ideas, you might gravitate towards certain manufacturers that you know fit that idea, but in general, our approach is to consider the whole library.”

With such extensive experience in the industry, Hoggett has developed ideas around how he sees decorative lighting continuing to develop in terms of product design given the latest technological trends in the field. Speaking as a materials enthusiast, but self-proclaimed ‘non-expert’, Hoggett tells darc that with new materials coming in, designers and manufacturers will be able to produce different shapes and forms that are more organic.

“3D printing has changed the world a little bit, and I think we can continue to get more complex organic shapes. They are already there and can only continue to create more interesting forms.” With a fascination for the lightness of carbon fibre, Hoggett expressed his enthusiasm for its ability to create beautifully thin, visually sharp edges, alleviating structural problems induced by heavy fixtures.

“You can get some amazing shapes and I’m sure decorative lighting will evolve with material technology. OLED will become more affordable and more useful in the future and we’ll have a lighting component that can create different shapes. These things are already starting to be there but I think they’ll come down into the masses.”

In an age where technology advances so quickly, decorative lighting is not likely to be left behind. As Hoggett outlines, changes are already taking place and the area will continue to develop, allowing decorative lighting manufacturers and those who use their products to be ever more creative.

“On the whole, decorative lighting manufacturers are doing some fantastic work; we’re lucky to be able to look at what they do and use it in our projects. I think there should be a level of praise for that,” concludes Hoggett.

And praise there is; from the variety of creative installations to the intelligent designs that carry lighting towards the forefront of interior design, the job of decorative lighting is irreplaceable and it’s finally getting the recognition it deserves.