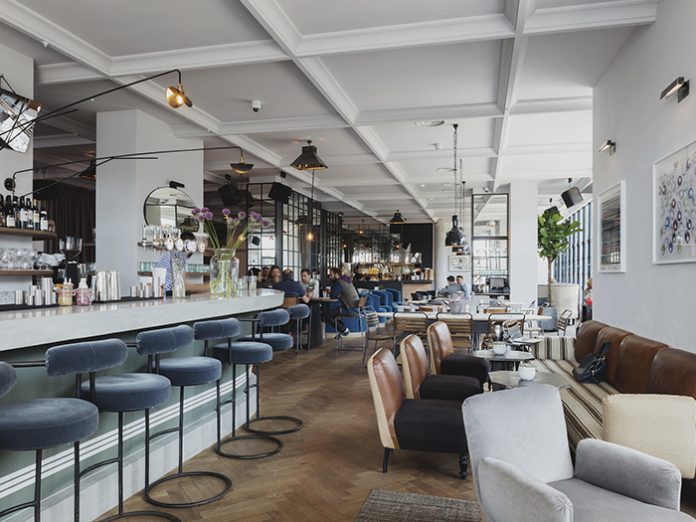 The team at Skinflint has provided lights for No. 29 Power Station West – part of the iconic Battersea Power Station redevelopment.

Housed in one of the most iconic buildings in London, No. 29 Power Station West features two designs from Skinflint’s extensive and eclectic stock of genuine reclaimed lights.

The Eastern Bloc Factory Shades were chosen for the main dining area where these striking black enamel pendants have been hung in a row, beautifully illuminating the marble dining tables. Found in a moth-balled storeroom, these lights, originally destined for use in an Eastern Bloc factory, were rescued and carefully restored by the Skinflint team.

Adding a touch of glamour to the bathrooms at the venue, are the Retro Spotted Czech Pendants. Dating from the 1970s, these impressive moulded glass pendants hail from the former Czechoslovakia, feature a spotted relief design and subtly illuminate the area adding a warming and inviting glow.