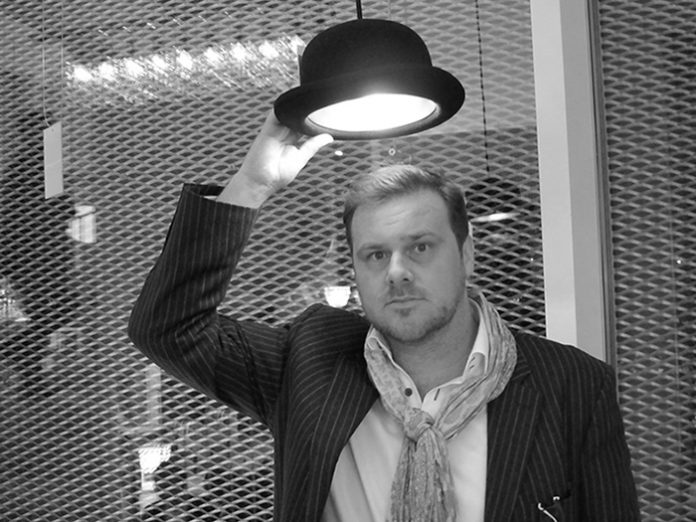 Covid-19 – what can we can learn from the SARS epidemic.

“Eighteen years ago a much younger version of myself moved to China in order to do business and source product for our brand and bigger clients like Tom Dixon and John Lewis. Arriving in Hong Kong mid-December 2002 I was amazed at the vibrant city I would soon be living in. I went first to the city of Guangzhou to join my girlfriend who was living there and working as a sourcing agent, a decisions that was to make me one of the first people in the world to witness the effects of coronavirus.

We were going to spend Christmas relaxing and take a trip to walk remote sections of the Great Wall. We never made that trip as two days later I was in a Chinese hospital on a drip recovering from a bout of food poisoning from a hot pot restaurant. Chinese healthcare was very good even then but I just hope they have started to make the surgical gowns in larger sizes! I was kept in for 48 hours on a drip and then released, the doctors seemingly bemused and amused at the weakness of my western gut!

On my way down to the admin office to pay my bill, incredibly a mere 78 quid, I passed several patients on trollies – covered in air bubbles to stop infection spreading – being pushed along by orderlies in full protective gear including breathing apparatus. If I remember correctly there were three of them in a line. It registered as serious and sent a shudder down my spine.  As I crossed the big courtyard of the hospital I saw queues of people being triaged outside under Banyan trees by staff wearing paper overalls, masks and goggles.

I paid and saw an exit on the opposite side of the courtyard and went to try and get a taxi. Many taxis went past and none would stop, so I called a friend to pick me up who laughed heartily on arrival and told me that I would never get a taxi standing next to a sign that read in Chinese ‘Venereal Disease Unit’.

What I had seen in the hospital didn’t sink in until about four weeks later when, as people were dying in hospitals in Hong Kong from SARS, they traced the cause of the epidemic to Civet cats being eaten in restaurants in Guangzhou. Then I knew how close I’d been to the start of the epidemic that gave us all our first knowledge of the coronavirus – SARS had arrived.

The hospital I had been to was hit hard and many patients and wonderful dedicated medical staff died before they brought it under control. I never knew colonial or post colonial HK, my Hong Kong was ‘post SARS’ and we all quickly learnt how to deal with it and then how to design for it.

Culturally during the epidemic I was impressed with my fellow city dwellers as to how well they coped. Huge cleaning regimes, plastic covered lift buttons (although we all used our keys anyway), signs posted everywhere stating how frequently surfaces were disinfected.

Everyone quickly started wearing masks and the news came from Japan that researchers had discovered why it hadn’t effected Japanese cities as it had Hong Kong and other cities of the Pearl River Delta. The Japanese washed their hands more frequently and to a higher standard than the rest of us; it seems they are good at pretty much everything.

I remember being in a bar in Hong Kong and back then you could still smoke in public. I had seen a couple sitting at the bar sipping drinks through straws that were plumbed under their masks. As the man made his excuses to take a phone call out of the noisy bar his companion pushed down her mask and was inhaling a cigarette in seconds. I don’t think I’ve ever seen someone smoke a cigarette that fast. By the time he came back she had finished it and was sitting with her mask back on.

Masks became not just necessary but ‘cool’ and there were many designs quickly available. Luxury goods makers started making their own, fashion designers did special editions, with green quickly out of vogue in favour of black. Never again did I go to the doctor when I had flu or a cold without putting on a surgical mask. If you are sniffing you cover up; simple really to cap the source. We used to buy packs of five masks from 7 eleven for about a pound.

The first social change workplaces took on without any legislation being made was an acceptance that if you had flu like symptoms you stayed at home and went to the doctor. We had grown to a staff of eight and it was common and accepted for people to call quite last minute with a decision to work at home as they had a fever or flu symptoms. I’m not aware that we dropped any productivity due to this policy and neither did I ever see any evidence of abuse of it.

The really big changes came once the virus had been beaten and the hospitals emptied. Architecture got its moment in the spotlight, as part of the outbreak centred on a development in Hong Kong where many residents died. After analysis of the building services changes were made to standards.  The close living of modern cities is great but we needed to learn lessons and implement them. Most buildings were fine but the authorities learned where weaknesses might be and strengthened everything. In fact the problem turned out not to be design but maintenance methods.

Then SARS slowly and quite subtley changed design. Small requests from designers and contractors, design ideas for public spaces that seemed odd until you thought about them in terms of a customer base of new and very militant germophobes.

Over the coming years I stayed in Hong Kong and watched as society took on SARS and made life normal again but with safety built in to prevent disease spread.

As the years progressed we saw a greater number of contract requests and design decisions taking hygiene into account. Clients passed their worries onto designers who quite rightly responded with change. Smooth surfaces were in, sealed edges etc and fabric choices changed to reflect worries over the germs they could collect. We began to work out proper instructions for cleaning products and not just paying lip service to the idea as we had years earlier when we were seldom asked about cleaning methods.

It is common now to see cleaning and hygiene mentioned in advertisements for serviced apartments and this can be very detailed with frequency and even methods listed.

Economically things took time to come back but the slower sectors were things like exhibitions and air travel. They did come back but if I had to make any forecasts for post Covid-19 it would be that with improved digital marketing and video connectivity the exhibitions and air travel industries could take even longer to recover – we will find new ways to market and display products.

The World Health Organisation (WHO) took note of the crisis and Dr Margaret Chan, who was senior health advisor to the Hong Kong Government, became famous during the outbreak and was promoted to head the WHO two years later.  She was widely viewed as having handled the epidemic very well and took the knowledge with her to the WHO.

There were enquiries and recommendations of course but more than anything there was a thoughtful shift to other ways of doing things that would help stop it happening again. We humans are very good at adapting and figuring out threats.

For now, it’s about saving lives and taking this opportunity to get out there and do some good. I know neighbours I didn’t a month ago and now I do their shopping and run errands for them. We stand metres apart as I deliver things and they tell me stories and their news. Doing this feels as good as the launch of any product I’ve designed, or deal we have ever won.

If there are to be positives, it will be that the changes we make won’t just help us with the threat of Covid-19 but will help stop other diseases as well.  The changes we make in terms of travel and work were coming anyway as we were – or should have been – doing them to stop climate change. Many of the things now required of us are sensible changes that will help this.

Afterwards many will try to go back to normal but this is a time to accept and respond to change and it can be a golden age where design and architecture can really do even greater good than before. Design will be socially relevant once more as well as culturally important.

Steve Jones studied Industrial Design at Newcastle Polytechnic (now University of Northumbria) from 1988-1992 before starting a career in consultancy in London. He has always advocated diversity as a way to stay on top in design and his own experience has seen him design things as diverse as ladies shoes, books, toys, even an internship in the naval architecture department of Swan Hunter shipbuilders. Later he worked extensively in the furniture industry before moving into lighting and forming Innermost with Russell Cameron in 1999.