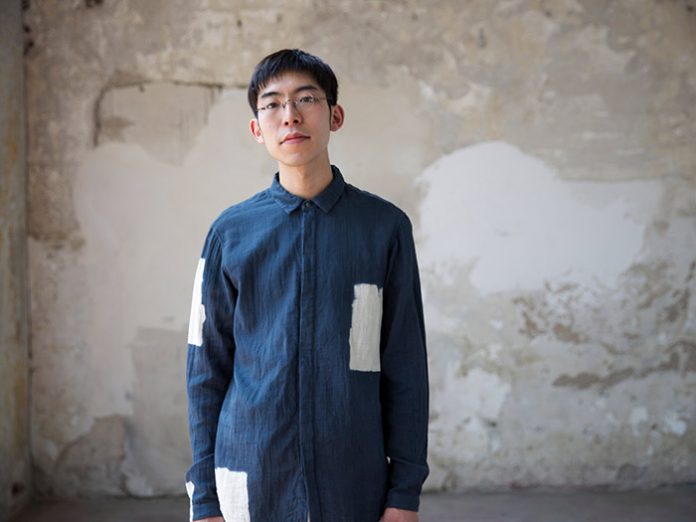 The roots of the Suzusan label lie in the Japanese town of Arimatsu, its historical townscape, widely known as one of the most beautiful sceneries in the Fifty Three Stages of the Tokaido. Disocvered by the first Shogun -Tokugawa Leyasu of Okazaki. When Leyasu united Japan, he moved the capital to Edo (now Tokyo) and made it a requirement that all the feudal lords travel to Edo every other year to swear allegiance to him. To aid them on their journey he established 53 stations on the road between Osaka and Edo for them to rest. To ensure their safety, he encouraged the foundation of villages around these stations, one of which was the town of Arimatsu, which was settled in 1608 by just eight families.

While building a castle in Nagoya for his son, Leyasu enlisted workers from all over Japan. One group from Oita brought with them the meticulous practice of folding stitching, binding, plaiting or twisting fabric to give it a three dimensional form named Shibori.

Hiroyuki Murase’s family have been refining textiles in Ariatsu with this traditional shibori technique for over 100 years. Now in their fifth generation, the Murase family regards shibori as a cultural heritage that must be upheld with an endless passion and commitment to perfection, in order to stop the decline of the shibori craft that has been witnessed over the past five decades. At this year’s Light + Building darc were introduced to this unique brand and its remarkable backstory.

Murase set up Suzusan, nine years ago in Dusseldorf after meeting Christian Dietsch at the University of Kunstakademie Dusseldorf to study art. Dietsch was introduced to Shibori by some fabrics Murase had left in their room, which his father had made and exhibited in the UK. Amazed by their three dimensional structure, Dietsch proposed a business idea, using this ancient Japanese technique and applying it to contemporary objects. Murase was unsure at first, he had little interest in joining the family business and wanted to pursue a career in contemporary art until a visit to the Venetian Biennale set his destiny in motion.

“I saw a personal exhibition of interior designer, Axel Vervoordt, more than anything his works were not categorised,” Murase says. “Contemporary European art sat next to old pottery made centuries ago, but overall it looked very beautiful. At that time I was under the impression that beauty was created by artists, but it made me realise that beauty came from other places too. My values changed, I stopped putting the world in boxes and I could see that what my father did back home was exciting.”

In order to sell these labour intensive products, which can only be produced in small batches, Suzusan had to become a luxury niche, establishing itself in Europe before Japan to embrace its new contemporary iteration. Murase used Tekumo-shibori (hand-tied spider web tie) on polyester to create original light coverings for the very first product launch. The duo loaded them in the boot of an old car and drove to boutiques around Europe in the hope that one would buy them. Rejection followed but Murase took the experience as a lesson in marketing, noting the size of his potential customer base and consumer tastes. Now, German brand Suzusan is  giving the technique a more contemporary relevance through the development of new and innovative procedures and modern creations, with Murase at the creative helm. “Craftsmen in Arimatsu have pride in themselves. They want to show their skills with highly complex techniques. That’s important but when you put on the garment, sometimes it could turn out to be too overdone. I thought that our products needed to blend into overseas tastes, they need to be sophisticated, yet not too complicated to make because that would stop young people joining the industry, which in turn would stop us developing new talents.”

Applying this knowledge won the brand a place on Leclaireur’s shelves, the prestigious Parisian store that introduced COMME des GARCONS to the European market. Suzusan, launched a fashion line, a homeware line and Suzusan Luminaires, an intricate range of shades that include custom-made coats, which use their three-dimensional surfaces to bring an extra special flair to light. For Murase the coalescence of light and textile was inevitable. “Light is an intangible element, but textile is very tangible, it is close to your skin and life,” he says. “The combination of those two different elements makes a beautiful fusion.”

Now Suzusan is giving the technique a more contemporary relevance through the development of new and innovative procedures and modern creations, Murase’s dream is to keep the ancient tradition of Shibori alive. As well as designing he also lectures and teaches workshops at German universities. “I want more people to know the value of Arimatsu-Narumi Shibori. I want the people and the techniques to last for another fifty hundred years.”