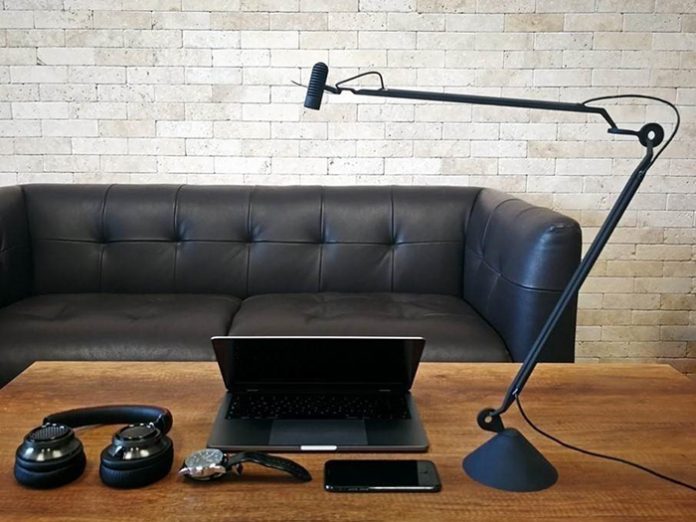 The smart lamp has a minimalist design and motion detectors that turn the lamp on when the user’s movement is detected. It also automatically adjusts the amount of light it gives off depending on how well lit the room is.

“As a designer I’m impressed by precision,” designer and company founder Dvir Pariente said. “I planned for limitless movement, and an easy assembly.”

The lamp is designed to achieve that limitless movement thanks to its circular hub hinges, which give it full rotational capability within its space.

The Rondopro lamp uses a high-power, low-consumption LED light that produces 650 lumens of light or more (equal to nearly 60 watts), but only uses about five watts of electricity – adding up to savings over time.

“It was only natural for me to design in aluminium,” Pariente said. “For me nothing beats the qualities you can achieve with it.”