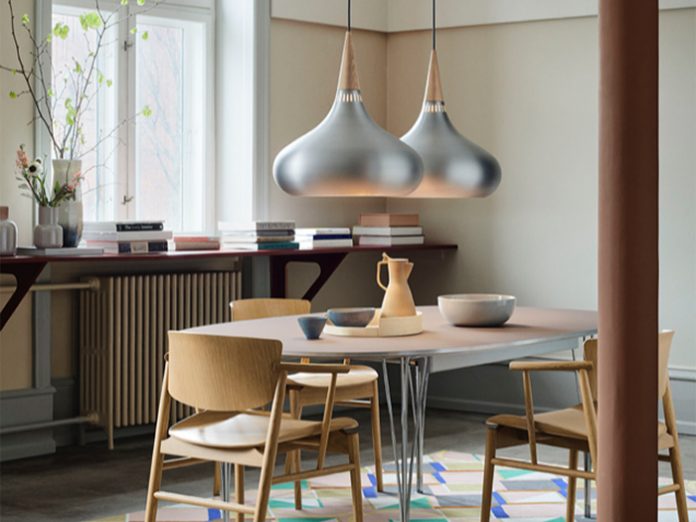 The first in the collection, the Dogu lamp, was designed by Danish artist and ceramicist Michael Geertsen and is named after traditional Japanese ceramic figures shaped like animals. It has a moulded lamp shade made of bone china and an aluminium suspension with small gaps that cast the light upwards.

The Cross-Plex lamp, second in the collection, was designed by the Danish architect, designer and professor Bodil Kjaer in 1961. It has been reintroduced to continue Fritz Hansen’s proud Nordic traditions. This lamp was conceived after Kjaer burnt some newspapers on lit candles at her home. The solution was to design a lamp that could substitute the use of candles whilst bringing the same kind of ‘Hygge’ to the room.

The final lighting design is the Orient pendant. It was created with Danish design and Eastern shapes in brushed aluminium. It pays tribute to the original collection which included a black, copper and silver coloured version.

Relaunched by Lightyears in 2013, and originally designed by Jo Hammerborg in 1963, the Orient is named after its oriental shape. A suspension in Scandinavian oak combined with a grey-blue textile cord underlines the Nordic appearance.