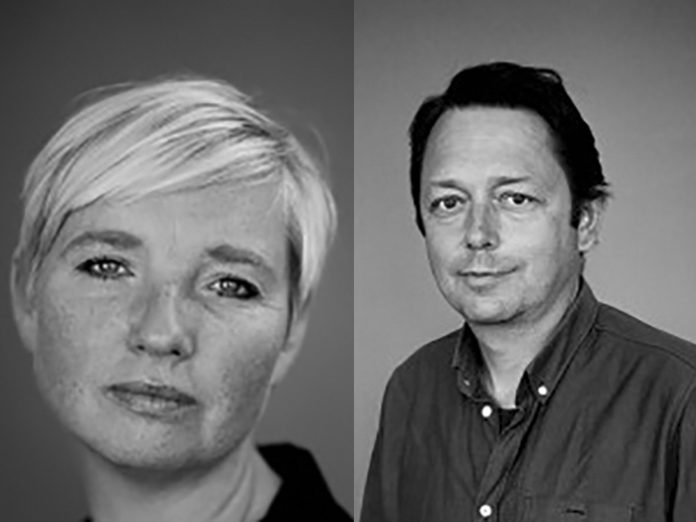 With Scandinavian style trending at the forefront of current design, new lighting brand Watt a Lamp, for which Danish designers Rikke Hagen and Andreas Lund have created the Adjustable and Mould pendants, caught darc’s attention at Maison et Objet in September. With a memorable pun for a brand name representing their clean and playful designs, brand founder Michael Waltersdorf selected Hagen and Lund as curators to nominate a team of designers, including themselves, and to ensure the coherence of the first Watt a Lamp collection.

Discussing the duo’s work with Waltersdorf, Lund commented: “The collaboration with Watt a Lamp has been very close, with Rikke and I picked out to be consultants in developing the brand. It has been a great pleasure to work with Waltersdorf, who has been willing to challenge the market of lifestyle lighting – only through open minded playfulness throughout the entire creative process can one stand as unique.”

Establishing a position in the international design scene with a new lamp brand is not something that happens overnight, and often does not involve designers in shaping the brand until a late stage in the development process. Hagen discussed how their involvement with Watt a Lamp so far has differed: “Our role has been to define the basic parameters and tools for the design process between Watt a Lamp and the designers that we selected for this first collection.” Having been involved from the very beginning, there is a certain tenderness; a conversation between clean lines and gentle curvature that is evident in Hagen and Lund’s individual work and also emanates throughout the entirety of the Watt a Lamp brand.

This modernist, simplistic style has been instilled in each of the designers from a young age, having both spent their childhoods surrounded by definitive pieces in design. Hagen’s childhood was lit by Panton’s Globe lights installed on hessian-covered walls, as an Anglepoise lamp with its flexible and functional arm shed light on her father’s worktable. In the quiet residential neighbourhood in Denmark where she grew up, houses were based on Japanese-inspired Danish modernism with daylight pouring in through large windows and wood cladding as the new black, accounting for the minimalist lines seen across the selected designers’ works for the Watt a Lamp collection.

Having been exposed to the simplicity of Japanese design from an early age, these features are also apparent in other areas of Hagen’s career. After making a start in the world of fashion and textile, she moved towards industrial design based on her fascination with the technicalities of glass design, notably that of Danish glass designer Michael Bang. Shortly after graduating from the Royal Danish Academy of Fine Arts, School of Design, Hagen established a glass workshop with an emphasis on craftsmanship and form. Concurrent with this, her industrial design career began to take off; in 2004, she founded the design studio copen hagen, from which launched HAGEN ETC., her own brand combining design strategy, idea development, product development and production.

One of the first pieces under which Hagen’s passion for lighting design flourished was the Steam table lamp. Designed for Danish glass factory Holmegaard in 2008, the main feature of Steam is a bold turquoise cable snaking its way out from inside the lamp’s translucent lower half. Hagen commented on what it is about lighting specifically that appeals to her: “To me, a lamp is especially successful when the technical and functional aspects are implicitly present in the lamp. When you are not in any doubt about how to operate it; when the aesthetic design qualities are prominent elements that shape the mood in the room, and the functional aspects follow naturally.”

Hagen now works on her own designs under HAGEN ETC., while continuing to work on product development for Holmegaard and other Danish brands such as Normann Copenhagen. Wanting to design products that speak to the senses, she has several new product designs in the pipeline, including one for Georg Jensen due to launch next year. Similarly, Lund was surrounded by a varied profusion of creativity from an early age. Growing up in a family of architects, artists and craftsmen, he played as a child with wooden blocks from his father’s workshop, focusing on balancing constructions, which sought innovative solutions driven by a childish curiosity, an approach he has carried through to his designs in adulthood. After a carpentry apprenticeship, Lund received a scholarship to study traditional Japanese craftsmanship in Kyoto, Japan, “which ever since has been a great inspiration and leading path.” Highlighting the natural bond between the two artists, this Japanese-inspired Danish modernism stands at the core of Watt a Lamp, and resonates amongst the designers chosen by Hagen and Lund for the brand’s debut collection.

In addition to his collaborative work with Hagen, Lund independently designed the Play pendant for Watt a Lamp, based on the familiar analogue board game Ludo, and has also worked with Danish designer Jacob Rudbeck to create the Bell ceiling pendant for Normann Copenhagen, as well as pieces for premium modern living store Illums Bolighus. “The pendant is spectacular as a hanging sculpture,” Lund said of his partiality to the lamp form. “In working with a pendant, you also have the chance to make an iconic, graphic-like sign, hanging perfectly at eye level.” Lund’s attraction to lighting design lies in its unification of constructive sculpturing and functional needs in an everyday object. “Lamps are neither furniture nor objects; the human body does not relate to lamps like it does to furniture, but light creates a space, which in a very basic way, affects our body and behaviour.”

With a material preference towards steel and aluminium in lighting design, Hagen and Lund aim to make their designs affordable for ordinary people, with porcelain also capturing their attention for its “tactile quality”. Hagen and Lund’s main focus when designing pendants is to combine playfulness and graphic qualities that people need in modern homes. The lighting in a room is crucial for the way people use the space, how they move in it, and what sort of mood they perceive. “These are all elements that need to be considered in the design process for a new lamp,” commented Hagen. The pair maintain a focus on modern living, pertaining to the notion of simplicity and cleanliness that they have each been exposed to throughout their design careers and beyond. As a result, Watt a Lamp is characterised in the same modernist light, irrefutably begging users to exclaim “wow, what a lamp!” at the first simple and satisfied use.