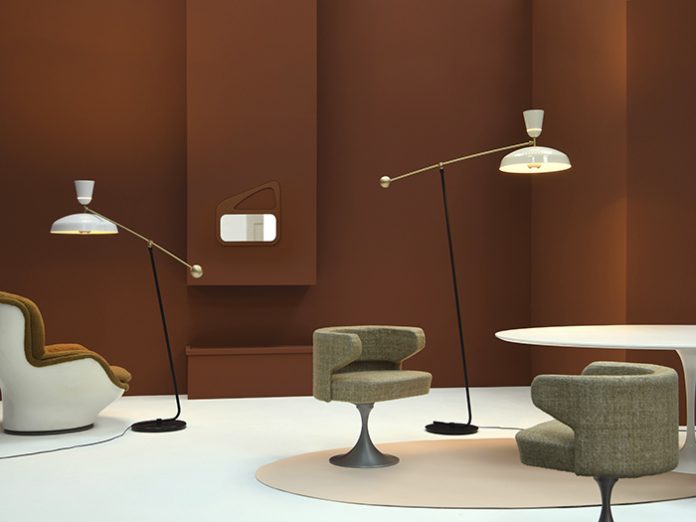 The new G1 luminaire in three versions, wall, pendant and two sizes of floor lamp, and four colours; the G3T wall lamp, a relative of the G3; the G25 in its pendant version as well as the G24 table lamp, which is proposed in four colours.

Sammode launched the first selection of models in January 2019, in a faithful and contemporary reissue, starting with creations such as the G30, a floor lamp also known as a kite, the timeless G3 wall light and the G13 ceiling light.

Pierre Guariche designed the full range of luminaires, or perhaps more accurately families of – lamps desk lamps, floor lamps, wall lamps and pendant lamps to – cover all the needs identified for a given space.

His luminaires are hugely comfortable and convenient in use, with no visible light source and an appropriate quality of light, whether intended for general lighting or traffic areas, to create an atmosphere or for a specific use, soft, powerful or even diffused by reflection.

The designer invented a variety of solutions: the adjustable balance arm, the cantilever, the pivoting and tilting arm, the balljointed arm and spherical counterweights. There is no gratuitous stylistic excess or purposeless detail, whether technically or functionally.