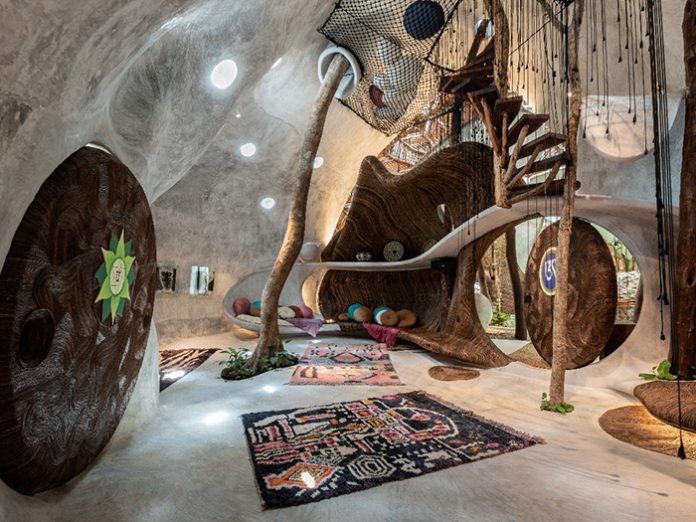 With more entries than ever before, this year’s awards have been one of the most globally represented editions to date, with industry talent from over 48 countries across the globe.

The competition this year was as inspiring as ever, with winning projects from the UKi, Switzerland, Qatar, Poland, Barbados, Monaco, Japan, Indonesia, Brazil, Australia and more.

Now in its ninth year, the SBID Awards are regarded as one of the most prestigious accolades for interior design. The SBID Awards were recently accredited as the first interior design awards scheme to achieve GOLD standard by The Independent Awards Standards Council and were commended as “exemplar in how awards should be operated”.

As a proudly independent contest, the SBID awards are driven purely by a desire to recognise talent and creativity, with every entry fairly and equally considered. The annual event continues to reward and celebrate outstanding projects and products from the industry at large.

The Overall Winner Award, is presented to the project that received the highest score after both tiers of judges choices, the public votes and SBID have considered the entries. This year the overall award was given to Mexican-based practice Roth Architects for its Uh May Residence in Mexico.

SBID Founder and CEO, Dr Vanessa Brady OBE said: “Each year the SBID International Design Awards continue to grow from strength to strength. With a sell-out ceremony and more countries represented this year than any other, it truly is held as the premier interior design awards by the global industry and SBID is  proud to present it each year. This year’s Overall Winner demonstrates the seriousness in which the design industry at large is taking in the environmental conservation and project procurement.”