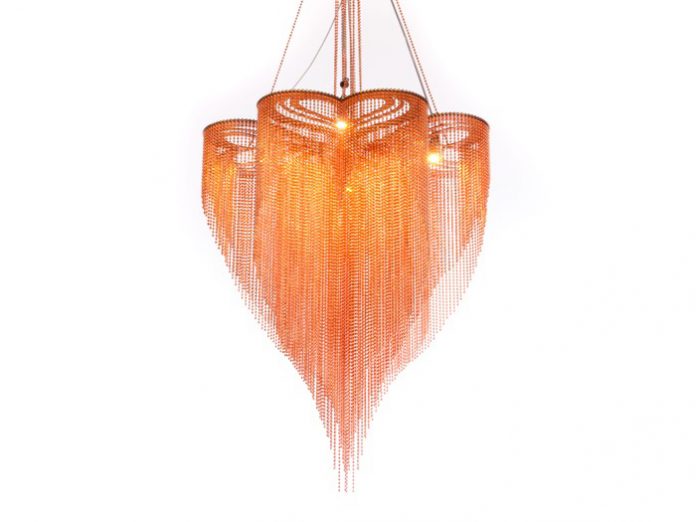 willowlamp’s new collection has focused on the creation of smaller, more accessible pieces that are more accommodated for the average living space.

Creative Director and founder of willowlamp, Adam Hoets, has taken a more playful direction with one of these pendant lamps, titled Secret Love Clover. The heart-shaped pendant pays homage to the magic of the four-leaf clover. It was dreamed up after Hoets and his fiancée found a number of the cheerful plants on a mountain run one morning.

“It took me a long time to decide how to turn the joyful, sweet plants I saw into interesting three-dimensional objects,” said Hoets, “Normally, I like to conceptualise an idea fully in my head, but this time I decided to play around with 3D CAD wireframe drawings, repeating simple lines.”

Seen from below and at an angle, where the straight chain is cut away, a heart pattern is revealed. The heart shape in the individual clover leaf was tipped on its side and extruded slightly.