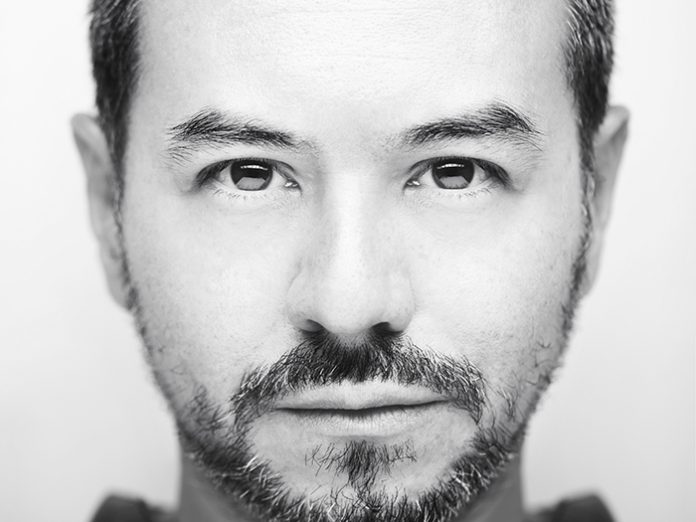 Toan Nguyen designs product collections with fine-tuned elegance. Parisian born but immersed in Italian design culture, in this exclusive interview Nguyen explains the philosophy behind his design and why traditional approaches should never be overlooked.

Raised in Paris and now residing in Milan, Toan Nguyen knew from an early age there were only two career paths he was willing to choose between… the life of a filmmaker or the life of a designer. And so, having graduated from the exclusive ENSCI-Les Ateliers in 1995 – the only French school completely dedicated to industrial design – it was product design that took the lead and his career began. Initially working with Italian designer Antonio Citterio as head of design, Nguyen co-signed more than forty products over ten years for Axor-Hansgrohe, B&B Italia, Flos, iittala, Kartell, Technogym and Vitra to name just a few, before founding his own studio in 2008.

“My father always wanted me to follow in his footsteps and become an engineer,” Nguyen tells darc. “My brother became an architect but it was always product design that interested me, I achieved good grades from Les Ateliers and wanted to get going with my career as soon as I could. There is a strong relationship between architecture and design of course, but it was the amazing freedom you get with product design that drew me towards this career.

“Design is my job, yes, but it is also my hobby and passion. For me, it has always been about working in collaboration with companies to create something that is connected to the world of the end user. This element excites me; comparing it with the world of art, where there is just one buyer who wants to own a unique piece – to produce something that will go out into the world in its thousands is really fascinating and what sets art and design apart.”

For Nguyen, his passion for design also lies in the process. Having worked in France and Spain before setting up his studio in Italy, he is of a generation that maintains the importance of sketches, craftsmanship and prototyping. He tells darc, he feels that designers of today are losing out thanks to the development of technology: “I come from what is now considered a niche generation,” he says, “the computer was still in its infancy when I graduated and there was a real mix of how things came together, how products were designed. When I see young designers starting out, it feels as though they have lost out because they haven’t experienced it as I did – everything is computer-generated now.

“We had to draw everything and so we thought long and hard about what we did – mistakes cost time as everything would have to be done again. Now, it’s too easy to just keep printing until you’ve got it right. I think this affects the formation of ideas, there is still great value in sketching and technical drawings. It’s not just a process, it’s a way of thinking.”

A reflection of this shift in processes, according to Nguyen, is the huge amount of media interest in ‘small object designers’, as though this is a new phenomenon. “Everyone seems fascinated with it,” he tells darc, “and it’s because it is so uncommon to see craftsmanship on such a small scale, people producing prototypes and so on… it’s like ‘wow’ and this is because we’re in a world dominated by computers.”

An important decision in Nguyen’s move to Italy to set up his studio in Milan was the opportunity of working with many materials and product types. He left the Parisian design world in 1996 in search of freedom; for Nguyen the thought of working with just one product type was not something he relished, finding the Parisian way of specialised design too stifling. “What is nice about this job and what is refreshing, is facing different challenges and fields every day,” he says. “Whether it’s working with ceramics, designing a new sofa, a new lighting fixture… it makes you work in different ways as they all have different requirements.

“Milan for me, is the place where I can get to grips with a lot of different designs because the philosophy of design in Italy is much more multi-task focused rather than specialising in one area as I experienced in Paris.”

For great design, Nguyen also believes it is essential to become close to the partner he is working with at the time, telling darc: “I like to get deep inside the technicalities of the project to begin with, absorbing the DNA of the company, their processes and so on. The company you’re working with might specialise in a particular area, so to surround yourself in what they do can give you a new perspective or point of inspiration, it is about getting under their skin.”

One of the difficulties faced by product designers and brands is defining a need or reason to create new objects. Consumers don’t necessarily need a new sofa design or new desk or new lamp and so it is Nguyen’s job to find a reason for the design. “It’s very subjective,” he says, “so people could argue there’s never a real reason for new design but I try to make sure my work is not connected to just marketing reasons. Yes, this is a reason for the brand but it cannot be the only reason an object is put out into the world.”

In terms of lighting, having worked with Flos for many years, one of Nguyen’s most recent accolades through his own independent design studio, was his work with Vibia on Algorithm shown in its first form at Euroluce in April 2015. With the final product due to be exhibited at Light + Building in March this year, Nguyen explains why, for him, working with light is so different to any other form. “It’s a really fascinating world, where a lot of people do a lot of simple things and adopt a basic approach to design. A lamp can often be seen as a support component to an existing product on the market. My work with both Flos and Vibia has taken a different approach as I really considered the impact the products would have, not only in terms of the lighting quality but also the efficiency, all while thinking about the general vision of the companies involved. Lighting has to be more than functional as you can get light in many different ways.”

Algorithm, just as with nature, is the physical expression of compositional grace governed by the mathematical order that lies beneath it. Like a constellation of globes, a flock of birds or a frozen shower, this collection fuses beauty and geometry into a system of illumination.

“The intention was not to design a completely defined and finished product, but a tool which allows any customer to create their own lighting system, in relation to the architectural space, the area to light, and the desired graphic pattern,” says Nguyen.

Algorithm consists of endless compositions of light globes suspended at different heights from a ceiling anchor of tubular metal mesh, which generates its own shadows and visual effects. Manufactured from blown glass, the light globe features a striated pattern that itself creates a translucent and constantly changing lighting effect; the globes are provided with 3.15W LED dimmable light fittings.

Nguyen notes that while efficiency and the implementation of LED is extremely important, as an industry we must not forget about the physical form of the light and the materials being used; it is about “the poetry of the object.”

“Sustainability in design is something that depends a lot on the client,” he says, “but regardless, you should make sure the product will last a long time – quality comes first. As well as this, every time we find a new way of being sustainable, it becomes a reason to do another project. It is important to reduce waste, transportation, consumption, material waste and so on, which is why LED has fast become the standard. Yes, incandescent is nice but it’s not sustainable.

“Lighting is so important, it’s everywhere,” Nguyen concludes. “People like Ingo Maurer dedicate their lives to finding ways of expressing something through light. Lighting defines the quality of an ambience and its possibilities are almost endless.”