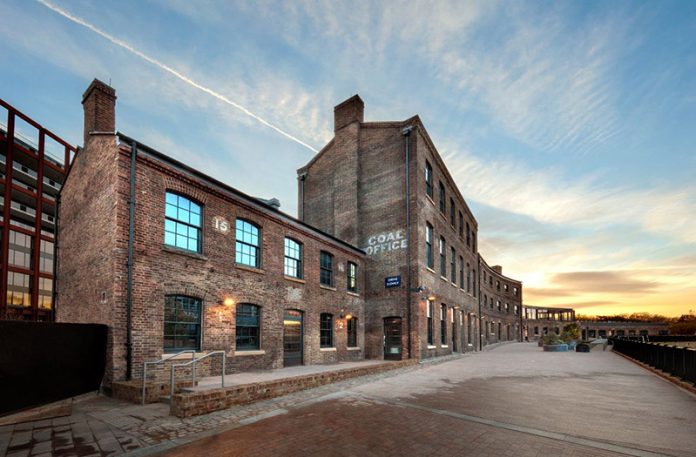 (UK) – British designer Tom Dixon announces London-based HQ, The Coal Office will re-open on 18 June with exciting line up of events and activations.

Dixon says: ‘The Coal Office was not going to take the current pandemic sitting down and there was no chance that we were going to hide in our furloughs or isolate ourselves to the point of ignoring the crisis outside. On the contrary. From the moment the nightmare developed, we were thinking of ways that we could adapt to survive and pondering how we could subsequently thrive in the world post lockdown.

“The first action was to open a greengrocer and take-away service immediately following the closing of our restaurant. We also launched a broadcast channel called Tomorrow for more in-depth stories about the design, manufacturing and interior worlds that we inhabit.

“Both activities were so positive that when we re-open our shop and our restaurant this week we will retain and develop these ideas and several more. The opportunity to temporarily close and to rethink everything comes rarely and it would be defeatist to not jump on the possibility this affords and reconsider our headquarters completely.

“We fully intend to utilise our spaces in a more dynamic and flexible way. Blurring the fixed boundaries between retail and restaurant, between private and public spaces, by using more of our outdoor spaces, blending private dining rooms and quiet workspaces, shopping and eating, and adding a few more 21st Century experiences and partnerships to our 20,000sqft of 19th century London brickwork.”

The shop’s six expansive arches have been refreshed to display a selection of the brand’s latest collections and most recognised designs, such as Melt, Wingback, Pylon and S-Chair.

As London prepares to re-open its headquarters, the Hong Kong hub is fully operational and life is returning to normal, while on 18 June, the LA hub fully re-opened. The New York hub will re-open its doors on 6 July, following Independence Day long weekend.