Specialists in product design for the hospitality market and servicing hotel and cruise ship projects worldwide, the family run business Chelsom began its lighting journey back in 1947 when Reg and Kay Chelsom opened their first small antique lighting shop in Blackpool, UK, under the name The Golden Age. Quickly expanding to three shops, the duo began to manufacture reproduction period lighting, distributed across the UK to retailers and interior designers. Passing on the lighting legacy, their son Robert took over the business in the 1970s, bringing the company to the forefront of hospitality lighting. In succession, his son, Will was next in line to join the family business in 2006, introducing Chelsom products into the marine industry, doubling their clientele. Father and son Robert and Will now work closely on the design side of the company, creating some of its most respected lighting collections.

Talking with darc, Robert and Will discuss their latest design for Chelsom, LED Eye; the sequel to the globally successful LED Dock. 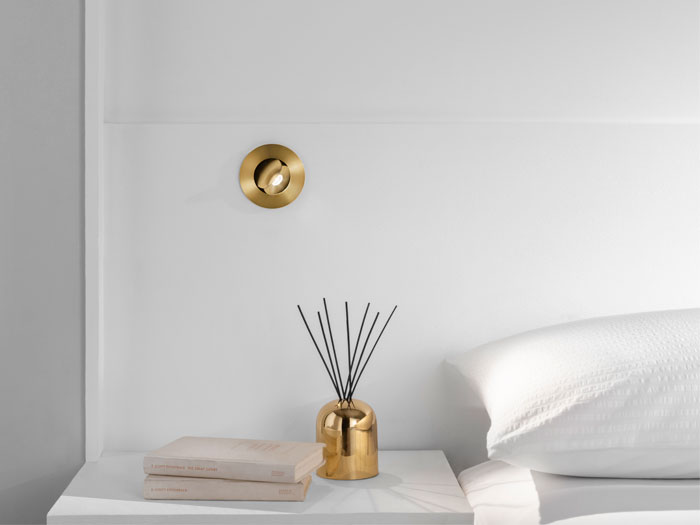 After creating the iconic bedside reading light, LED Dock, the design intent for LED Eye came from LED Dock’s previous years of experience in successfully lighting hotel guestrooms. Trying to create something inconspicuous and striking at the same time was a big design challenge when creating LED Dock; at the time, the team didn’t know this product would quickly become the most successful seller for enhancing hotel room designs in more than 30 countries worldwide.

As part of Chelsom’s latest collection, Edition 27 that launches at the end of September this year, Will and Robert wanted to move the aesthetics of the bedside reading lamp onwards with LED Eye, while maintaining all the successful features of function and light output of the LED Dock. The starting point was to create a product that was inconspicuous, nestled successfully into a headboard with minimum projection but still a stylish addition to the bedroom’s scheme.

Further developments led to the concept of ‘the eye’ evolving, with a compact and slim outer vessel of steel and aluminium; a sculptured cast metal piece acting as an eyelid that invites users to open, revealing the eye of the luminaire, illuminating and giving a full range of movement to orientate the perfect light spill. Much time and engineering skill went into the prototype development, ensuring that the cast centrepiece revolves and rotates with the lightest of touches and can be easily opened to operate the microswitch, and closed to extinguish the light.

“Aluminium was used for the sculptured central eye in order for it to be manufactured with die casting,” explains the design duo. “Had it been a flat sheet it would not have had the tactile appeal and we would not have been able to create the sculptured eyelid. Steel has been used for strength and durability, ensuring a long life of contract use. Both materials can be plated to exactly the same finish.

After the initial design concept, the main decision was to make absolutely certain that the movement and rotation function was smooth and easy to use. Significant time and investment went into the internal rotation system to ensure the central part glides into the required position.” 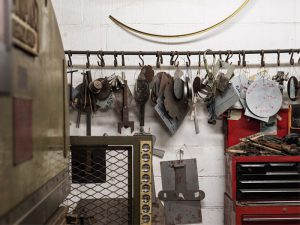 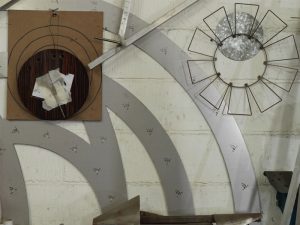 The labour of love for the father and son team saw this design process completed within an 18-month period and believe the design is best suited to the “hotel guestroom and cruise ship cabins for bedside use as headboard located reading lights”. It is also designed with this audience’s budget in mind, making it an accessible addition to many interior design schemes. They also saw this particular project as one of their most “exciting, challenging, ever-changing and rewarding products to work with”. The highly tactile moulded centrepiece remains extremely slim with a subtle curve at the bottom edge. Once opened, the warm white LED light passes through the focusing lens to create perfect reading light. CE and UL certified, the product comes in six different finishes; matte white, brushed brass, brushed nickel, satin black, and combination options in brushed nickel with satin black and brushed brass with satin black, giving a contrast between the outer vessel and internal moulded eye.