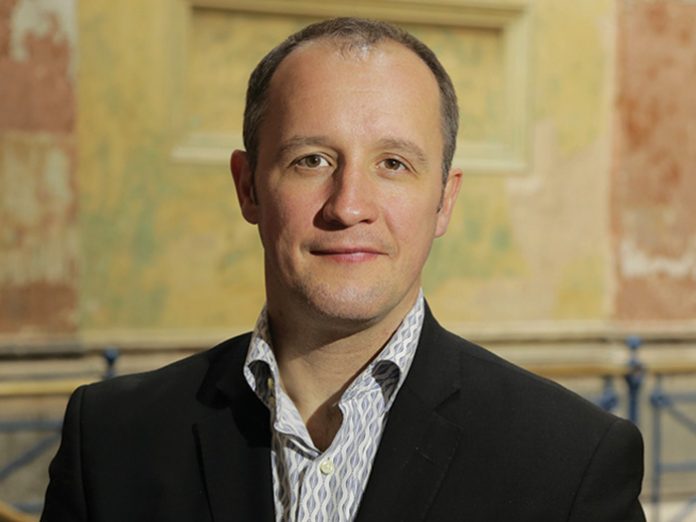 William Knight, Show Director of 100% Design and Clerkenwell Design Week, comments on the possible challenges and opportunities that face the design community once the trigger is pulled on Article 50.

As current show director for 100% Design and Clerkenwell Design Week, as well as former Deputy Director of London Design Festival, William Knight has extensive experience in public policy and governmental affairs, both in the UK and internationally, having served in senior public affairs roles for both the Design Council and British Council.

Commenting on the UK’s impending exit from the EU, Knight tells darc: “There was uncertainty in the air this September as London Design Festival returned. Following the results of the UK referendum to leave the EU earlier in the summer, there were questions, which still remain, about what form this might take. Though the new Prime Minster has declared that the UK will trigger Article 50 in the new year, starting the process, we are none the wiser as to what will be prioritised in these complex negotiations – what might be won, or lost.

As one of the UK’s largest trade fairs for designers and architects, at 100% Design we are well aware of the anxieties that this process has created, the challenges that we may now face, but also the opportunities that may now be opened too. Despite anxieties over the economic and trade uncertainties around Brexit, and its implications for the design sector, this year’s 100% Design show was notable for its ebullient atmosphere and brisk business. Of this year’s visitors, 77% were registered as trade, of whom 68% were architects and designers. There was a rise in retail buyers and developers attending the show. Visitors also reported an increased spending power of eight percent, with £3.9bn at their disposal, and more than 38,303 generated business leads. These figures prove that the businesses at 100% Design are in a strong and confident position to face the upcoming challenges.

The publication of the Design Brexit Manifesto, signed by many leading designers and architects, has helped to focus conversation in across the sector and in time I think will help to direct our concerns into areas of action. It states simply ‘Brexit presents the architecture and design sector with a challenge’ and identifies five areas in which the design and architecture industries need help to grow – recognition, education, recruitment, manufacturing and intellectual property.

As part of the agenda-setting talks programme curated by the Design Museum at this year’s 100% Design show, I chaired a talk on this very topic. The panel featured Ben Evans, Director of the London Design Festival, Louise Jury of the Creative Industries Federation, designer Paul Priestman, Chairman of PriestmanGoode, and Marcus Fairs, Founder and Editor-in-Chief of Dezeen brought together an incredible range of experiences from across the design sector.

Marcus Fairs, as one of the key forces behind the manifesto provided an insight into the thinking behind the document that has been signed by so many in architecture and design, and opened up debate about how it should go forward. Engagement with policy makers has come about through this work, and it seems design is finding its lobbying voice.

It was encouraging to hear about the in-depth work the Creative Industries Federation is conducting right across its membership, and how issues that seem particular to our sector also effect others as diverse as film, fashion and publishing. It was also reassuring to note the government is listening to the concerns of the sector, but it is cross-departmental given the scope and impact of creativity and innovation.

But before we even come to the details and mechanics of Brexit, we have to address the problem the vote has created, such as perception: Ben Evans, also a governor at the University of the Arts London, pointed out that a number of the current intake of students who come from the EU had cancelled or deferred their entry since the referendum. It’s clear there is a lot to resolve, not all of which is directly in our control.

100% Design however is a key piece of the design infrastructure in London and for the UK. It remains a strong place for business to happen, products to be successfully launched and for debate and dialogue about and for the design industry. It seems its role in bringing the industry together will continue to be essential for us all to ensure a stronger voice to government and for that matter the rest of the world.”